The project is about the remodelling of an old industrial building for the installation of UNU, United Nations University and AMA, Agency for Administrative Modernization. 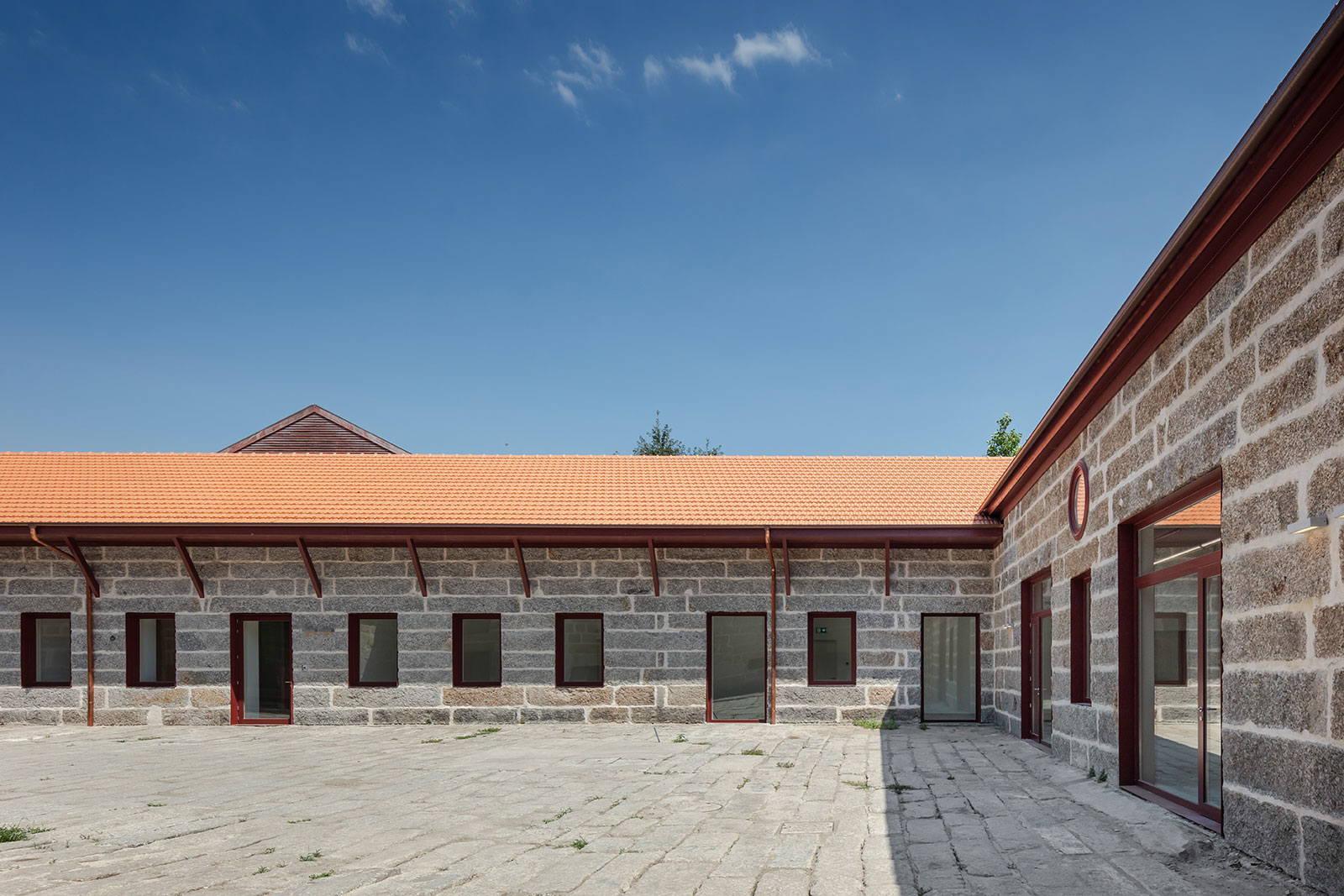 The location of the building in Couros area, adjacent to the walled nucleus of the historical center of Guimarães, suffered some segregation relatively to the remaining urban fabric that is accentuated in the final of the century XIX with the construction of new avenues in its limit and, in the mid 20th century with the works of “urban hygienization” and the construction of a new boulevard that connects to the center in the Toural square. These urban events and the successive disappearance of the leather treatment industries, left factory complexes abandoned or reused for other purposes or new industries. The image of this area is built from that abandoned or transformed buildings, but also from the memories, sometimes imaginary and subjective, that the inhabitants of the city have been elaborating from the fragments that have arrived until today. 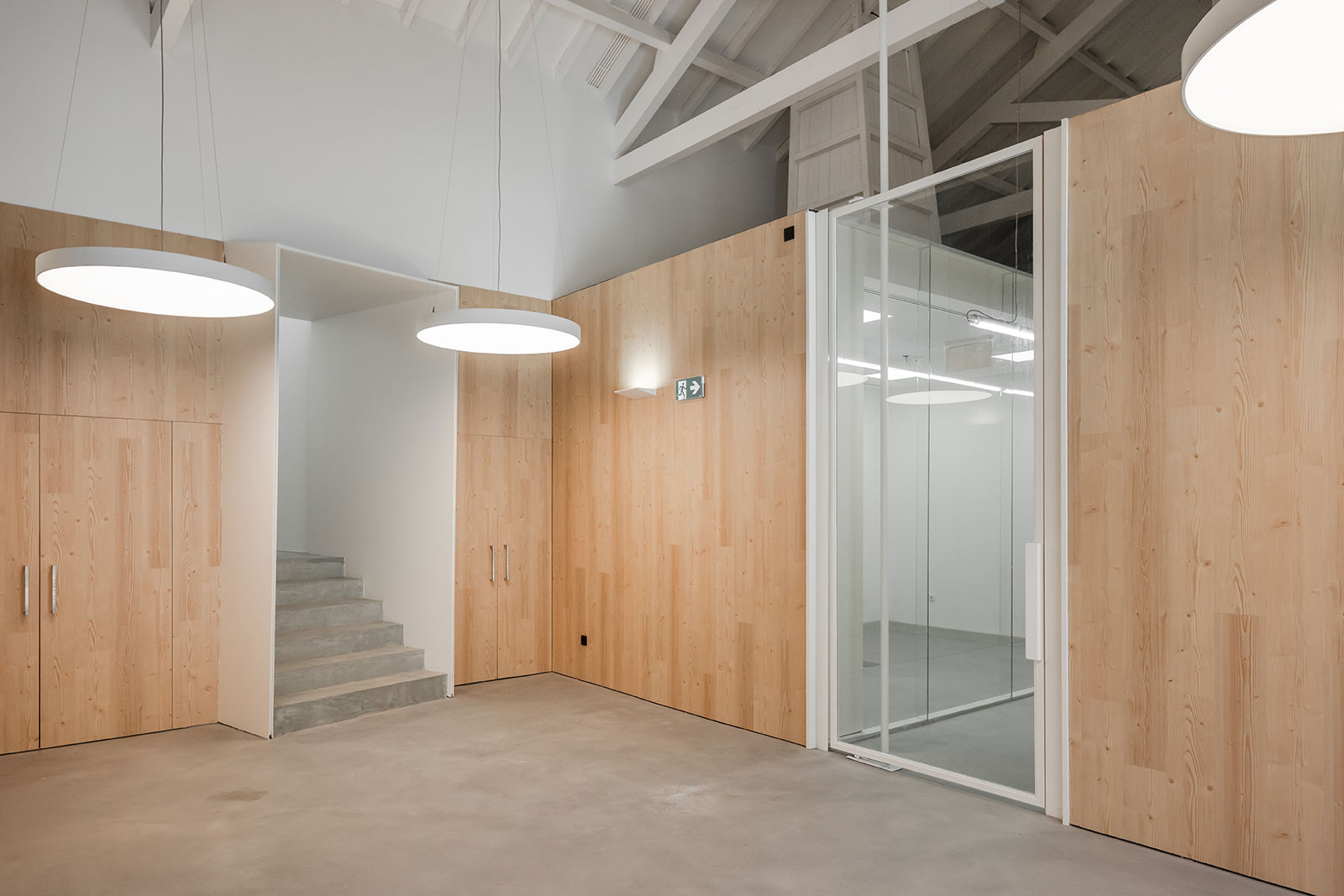 Particularly, this set of factory buildings, where this project is included, with a different character, arranged around a patio, are the testimony to the successive events that shaped the Couros area as we know it today. 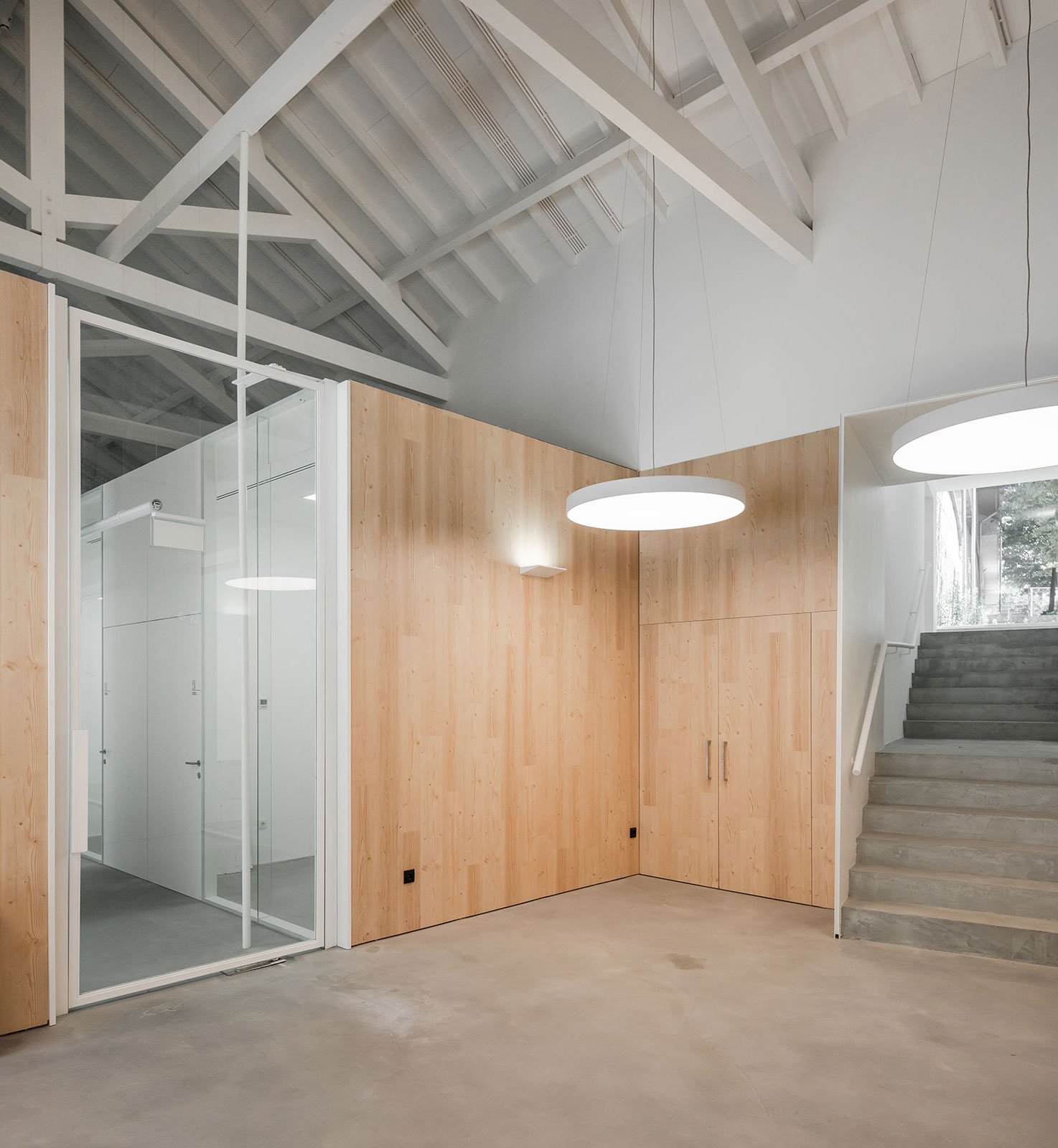 The building is developed in a “L” plan, with wide spaces, subdivided by elements constructively poor and without architectural value that were demolished. However, the traditional roof structure, in trusses and wooden beams, was completely rehabilitated and rebuilt. 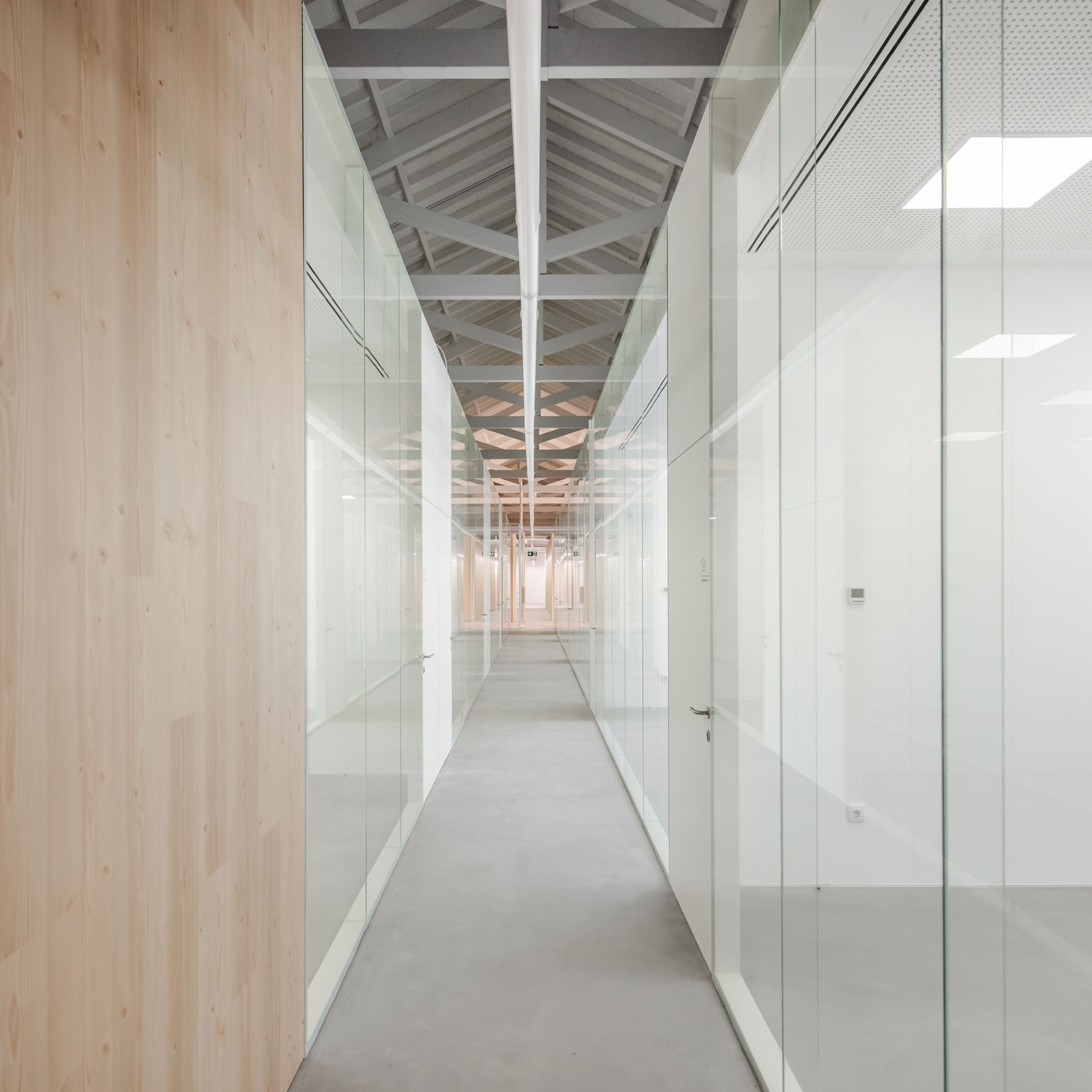 Recognizing and valuing the original architectural elements, it was adopted a solution in interior volumes, with distinct and independent reading, where all work spaces are placed. The independent character is enhanced by the separation of the roofs between the circulation spaces and the volumes, highlighting two distinct realities: in the circulation spaces a wide reading of the pre-existing space where the structure of the original roof can be seen, and in the interior volumes, a false ceiling that conforms and guarantees comfort to the work spaces. 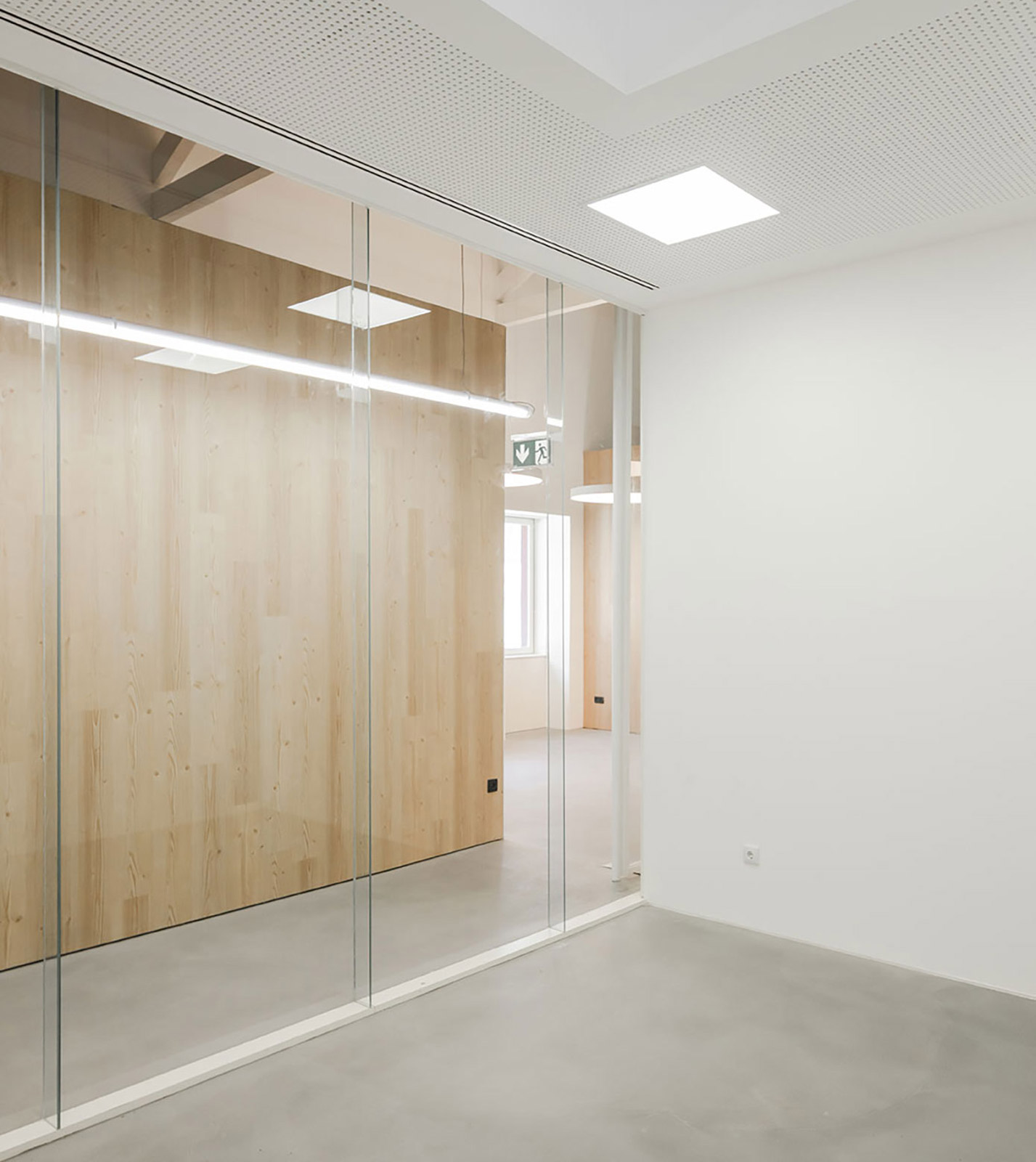 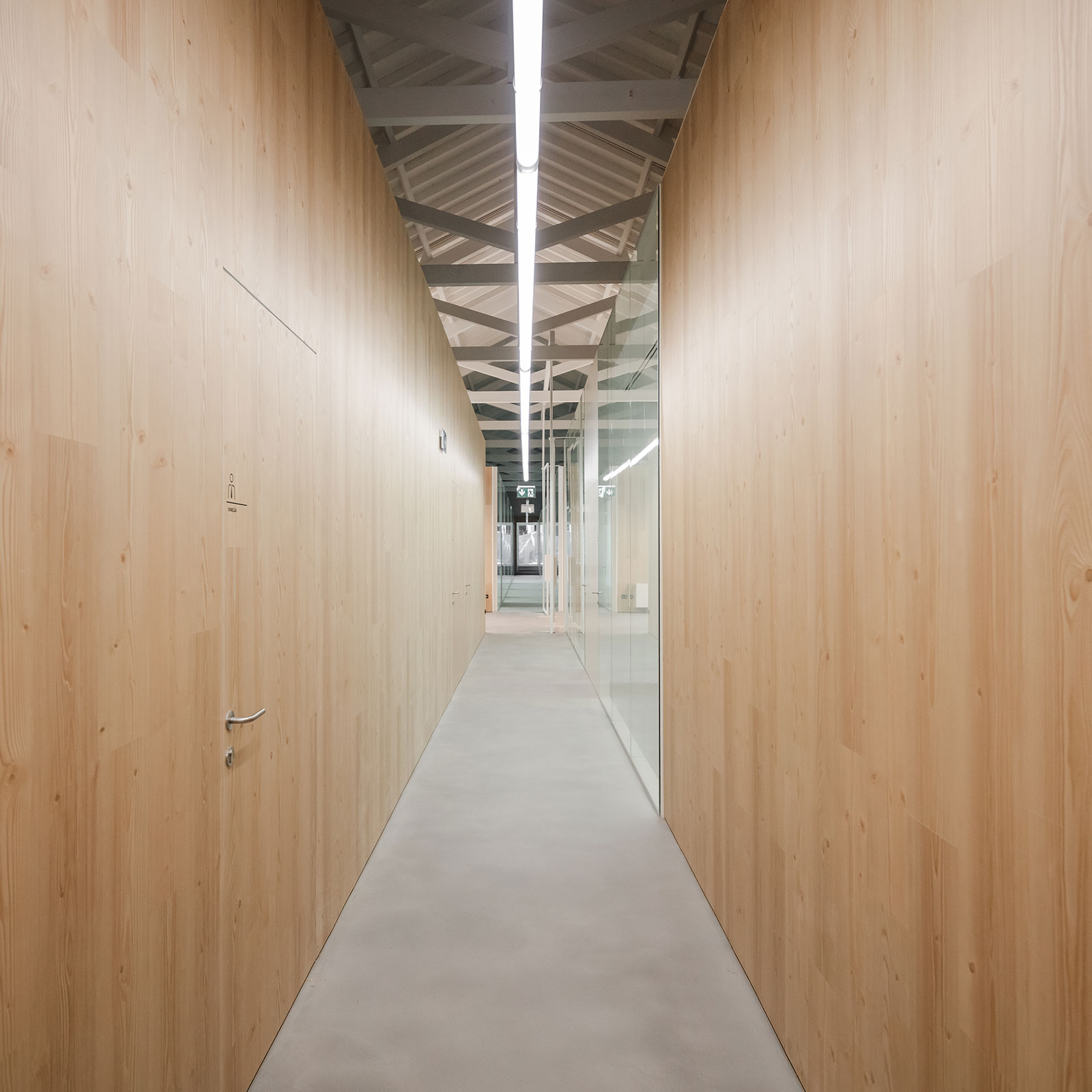 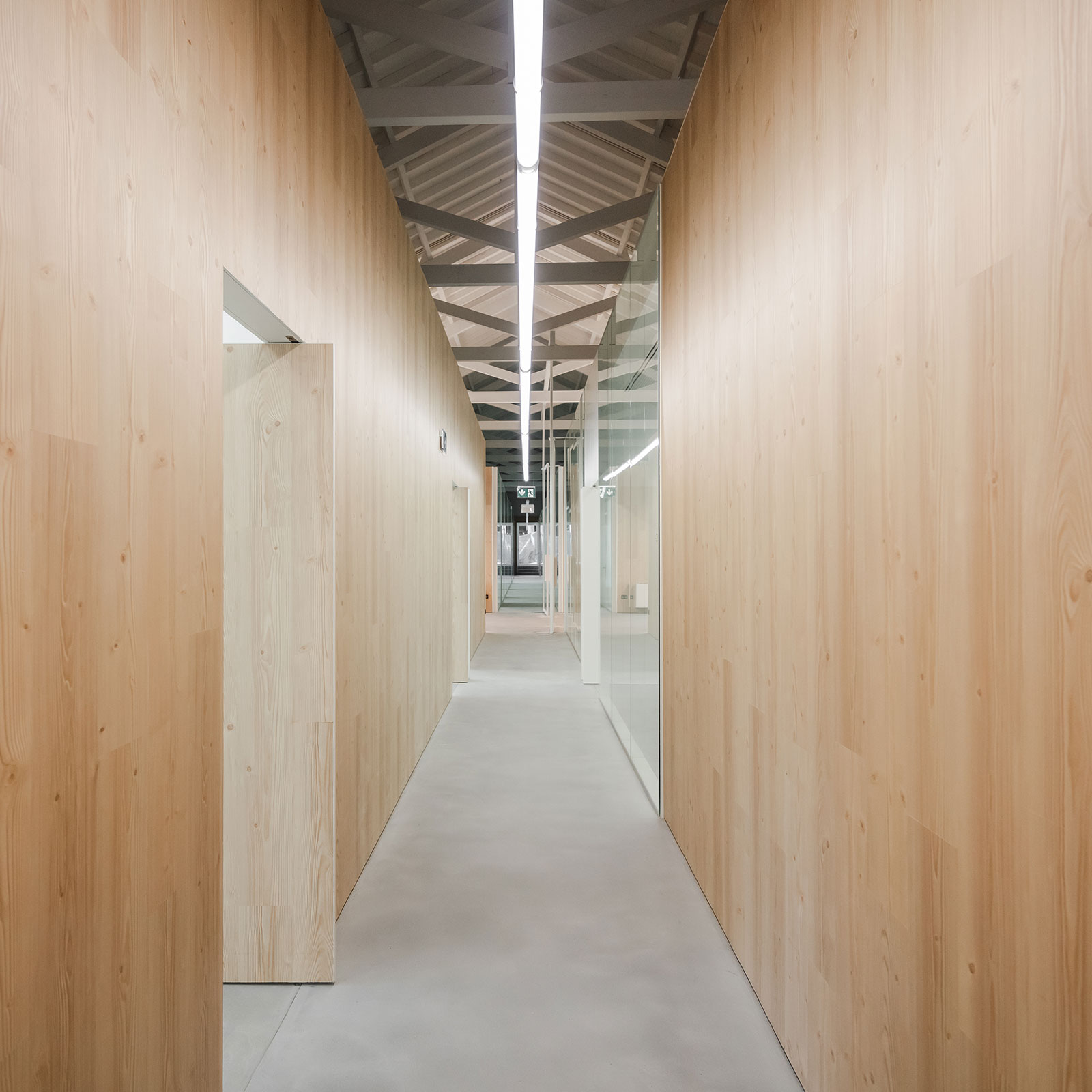 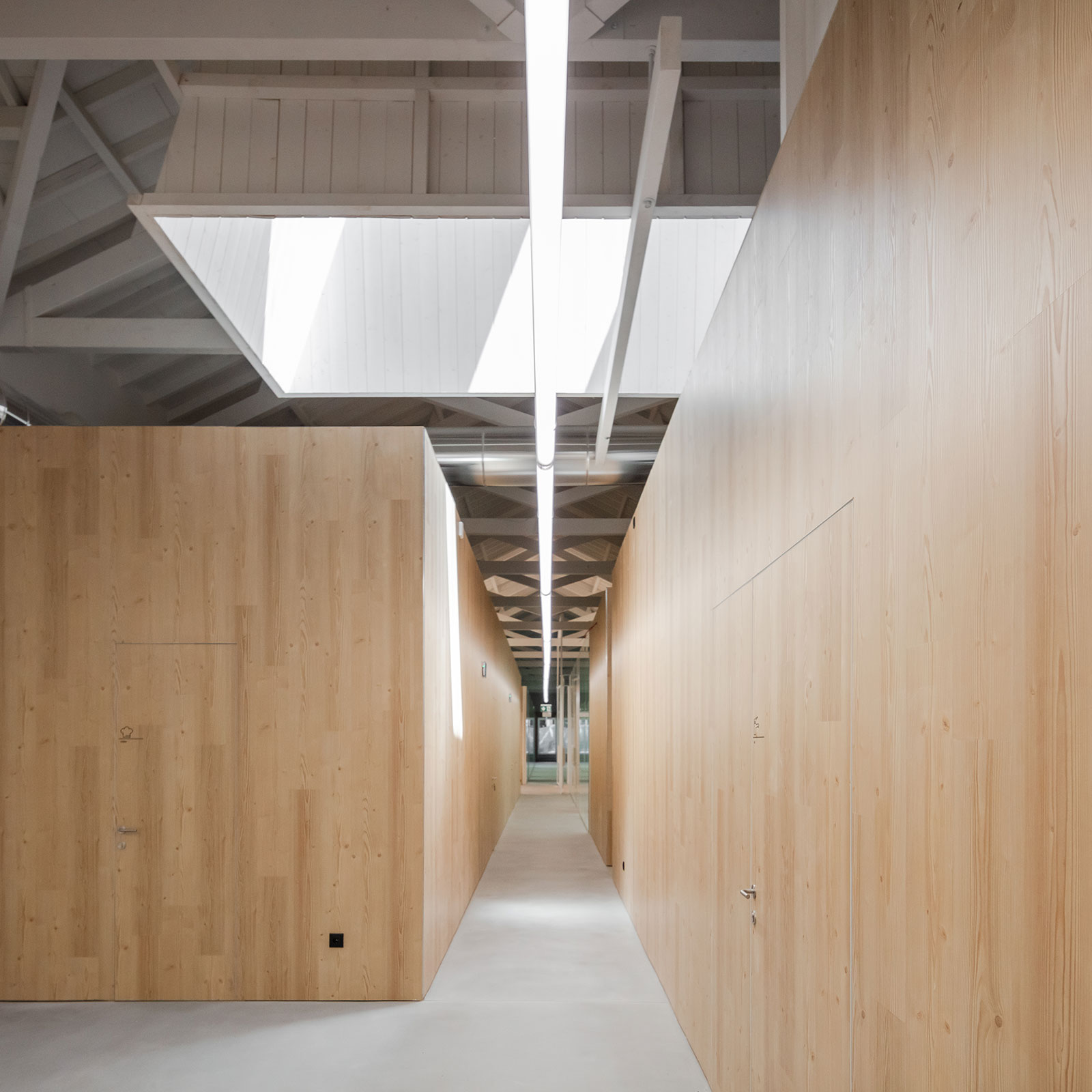 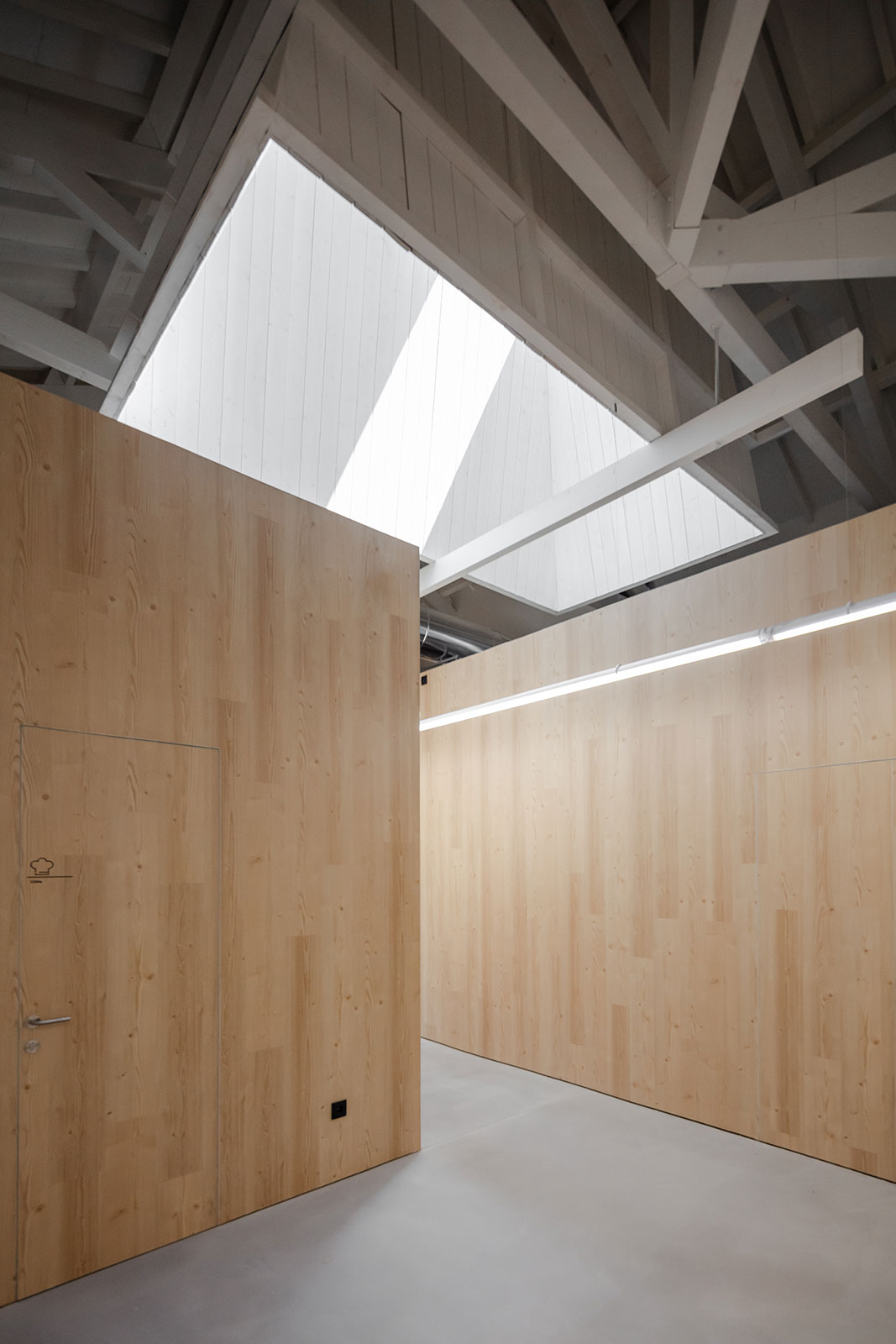 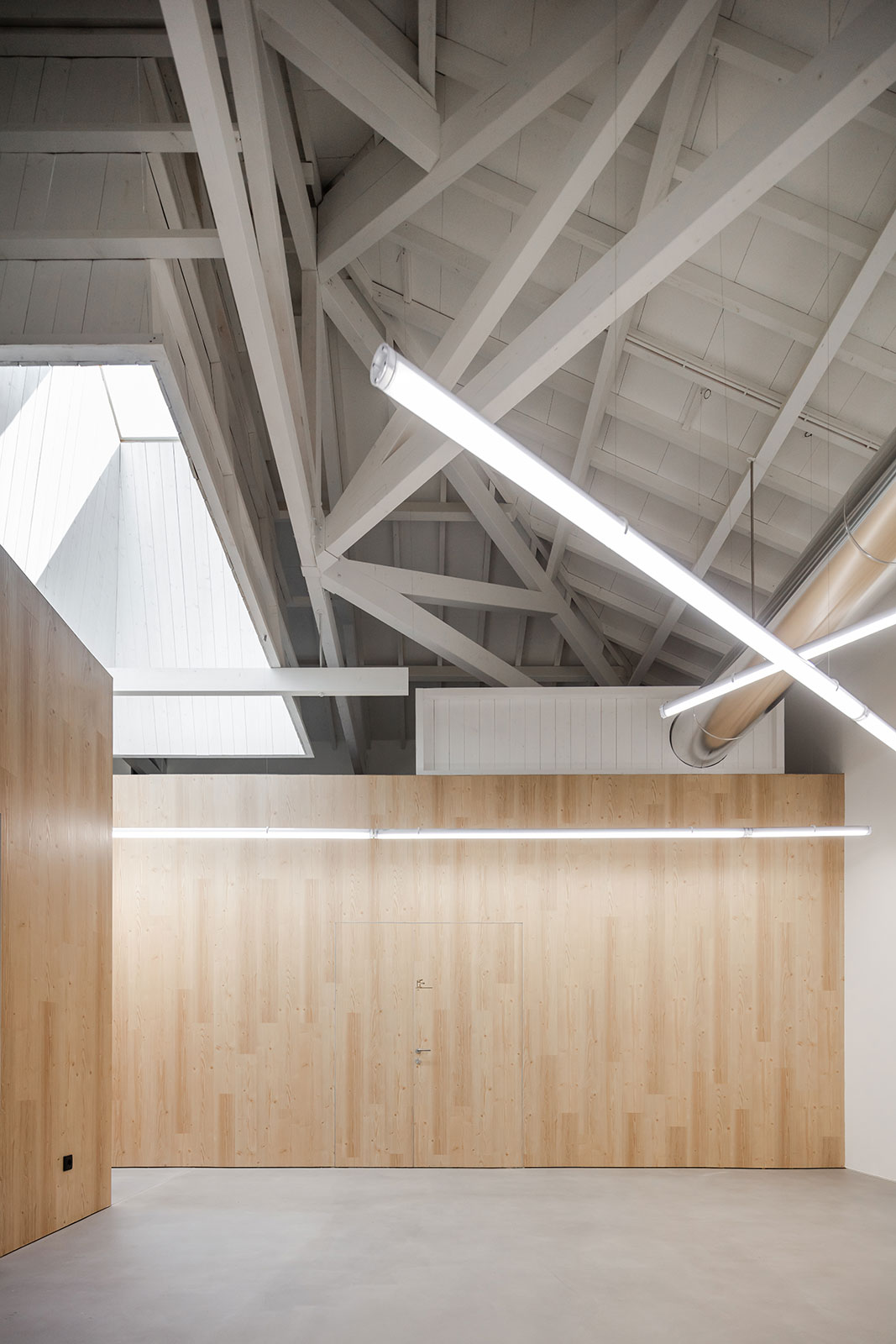 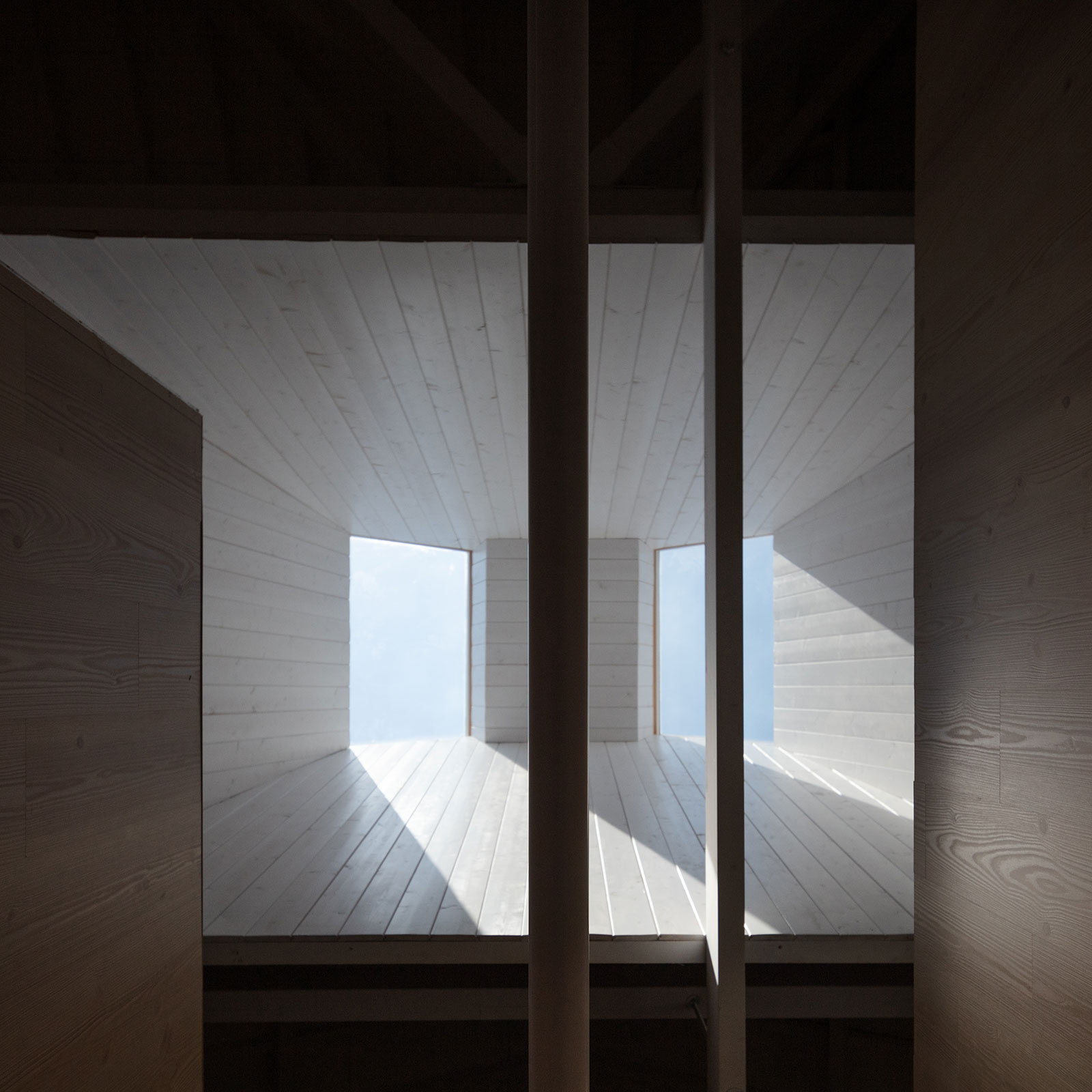 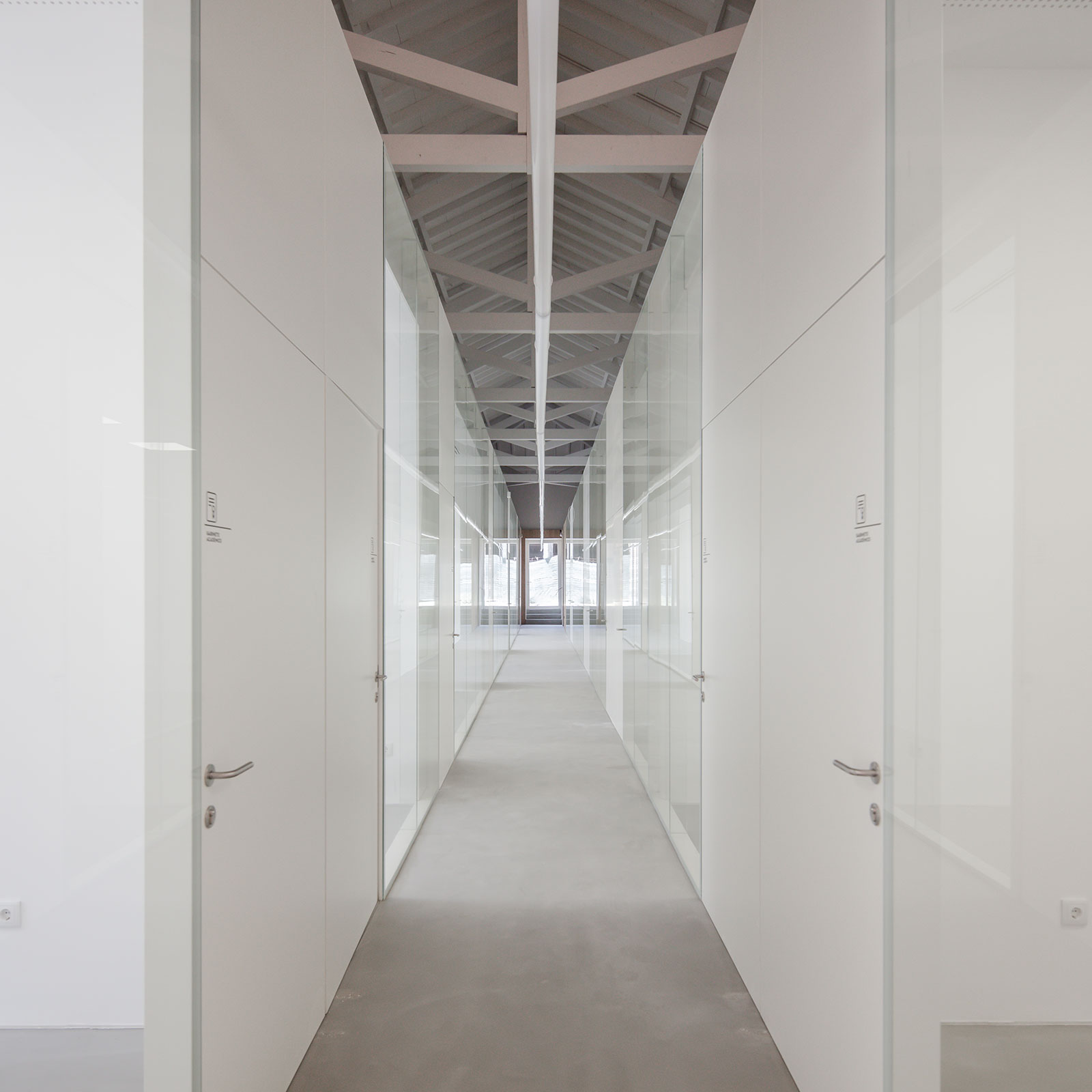 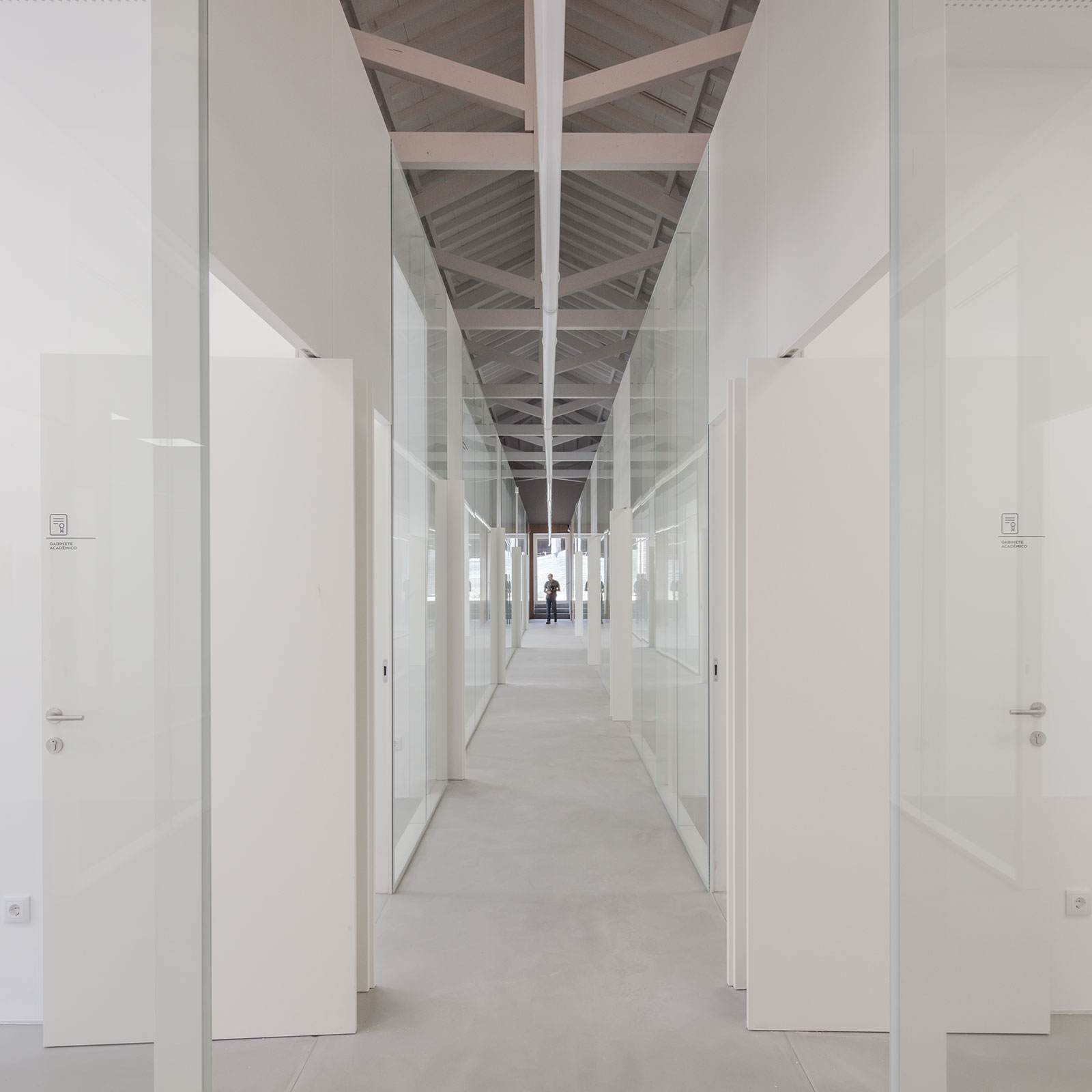 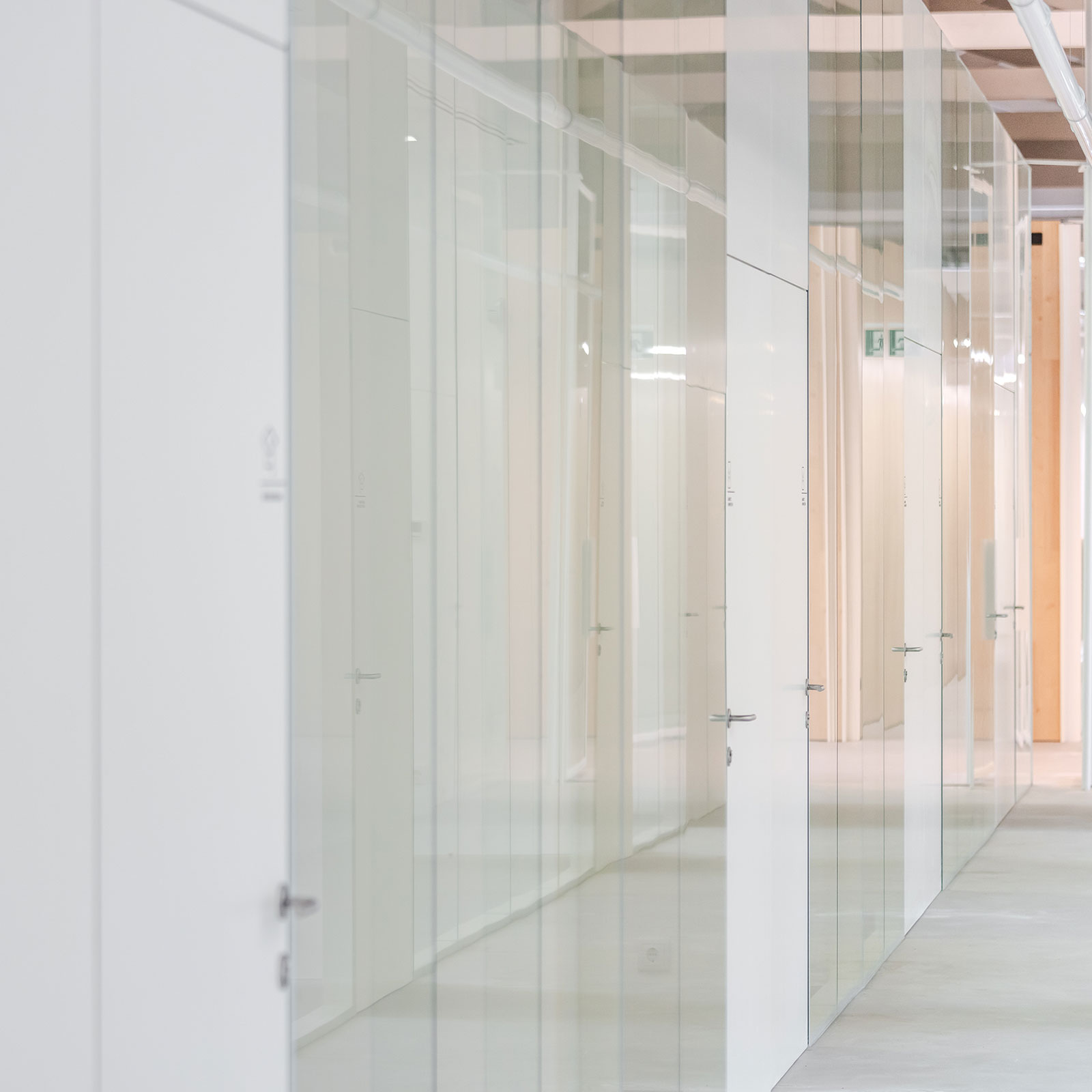 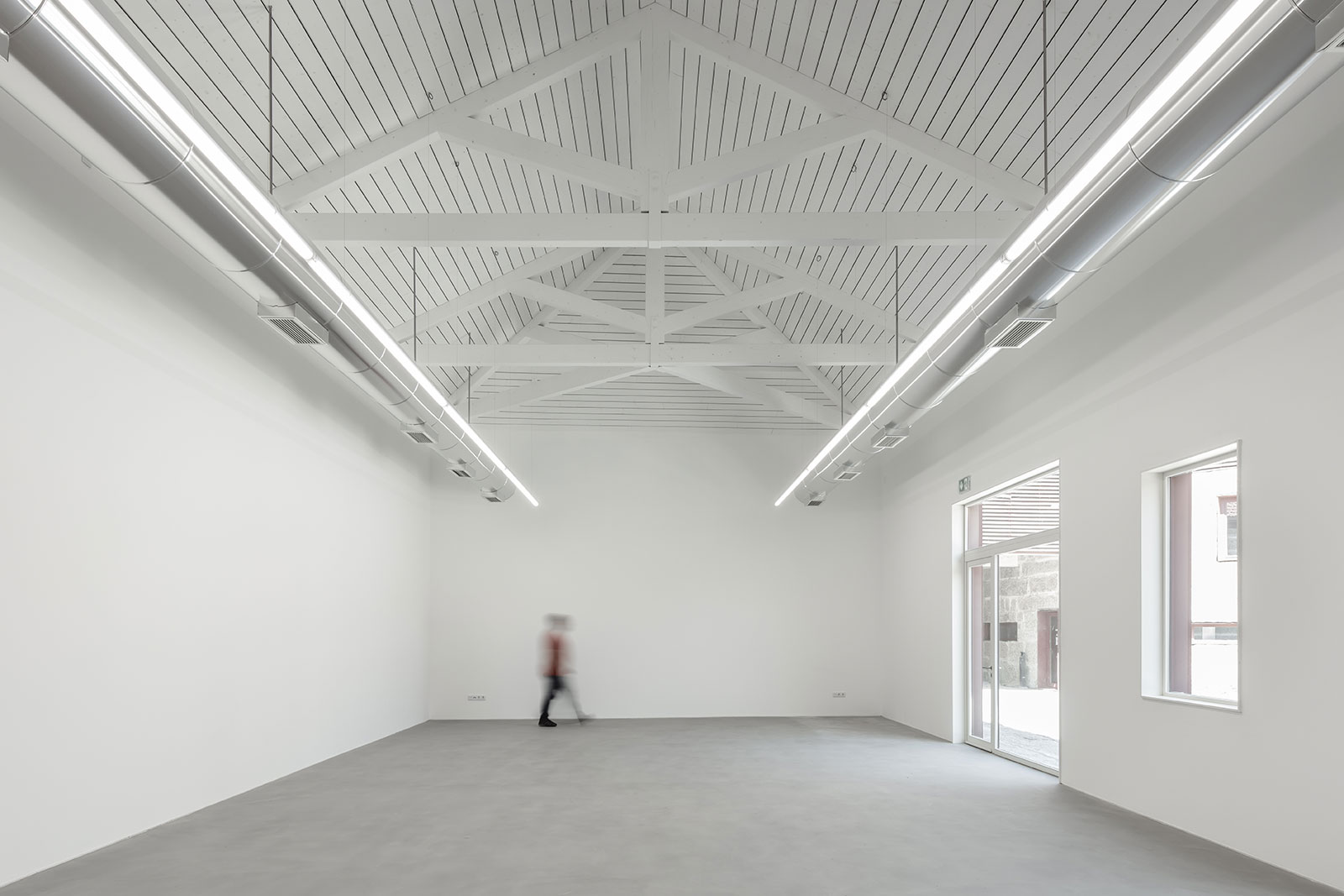 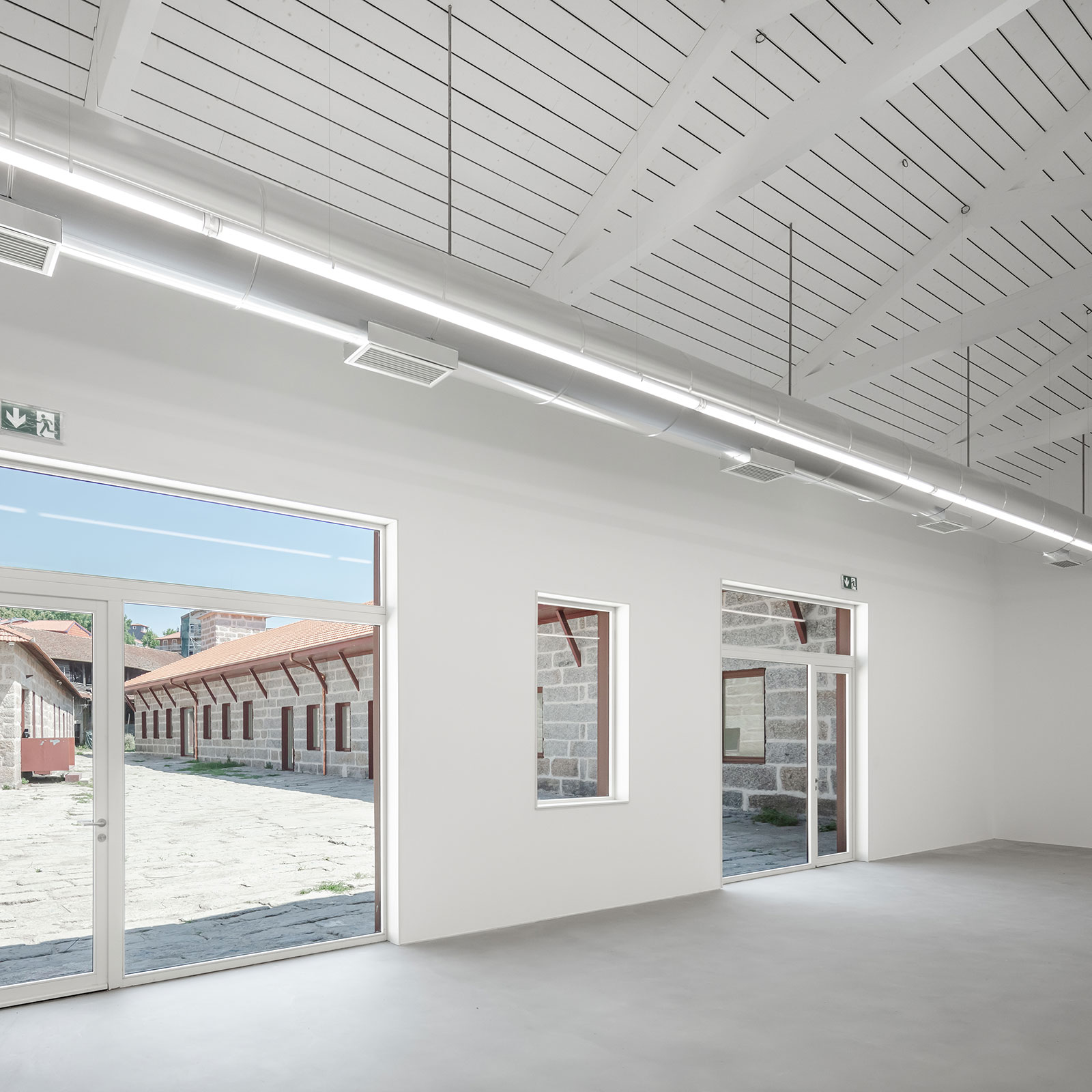 The building access is made in the center of the longest section of the complex. In the courtyard located between this UNU building and the Advanced Postgraduate Training Center, the existing floor was maintained, in granite flagstone, correcting the existing unevenness. 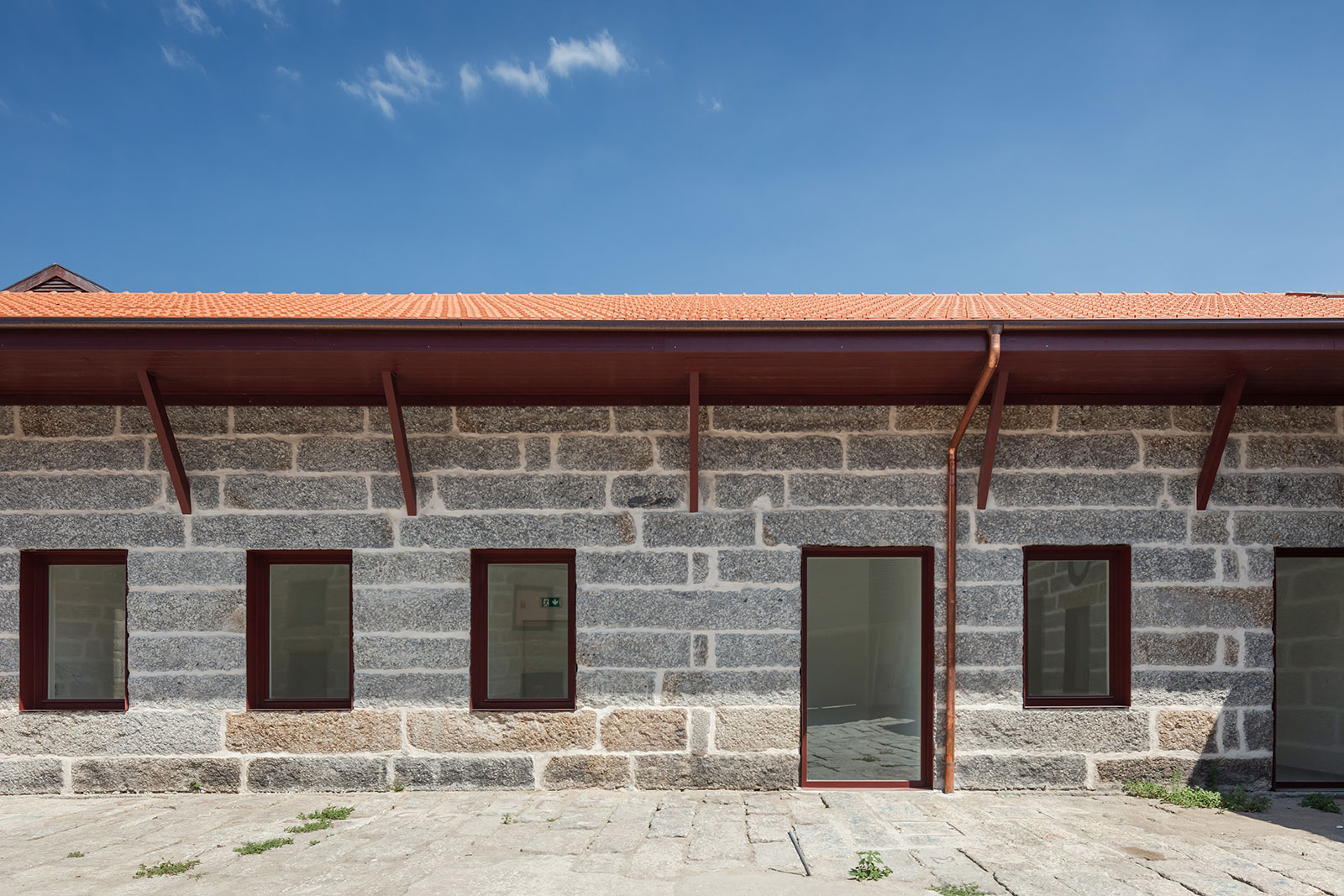 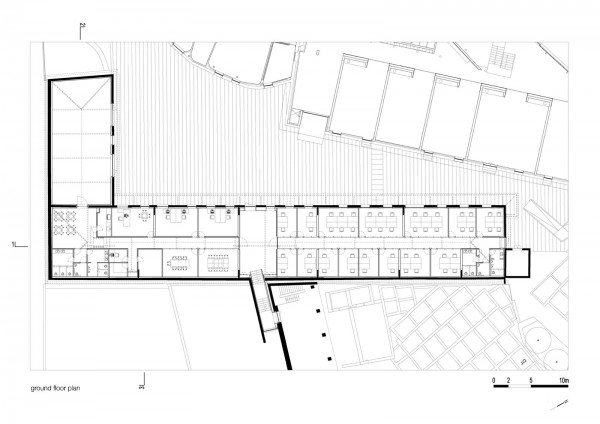 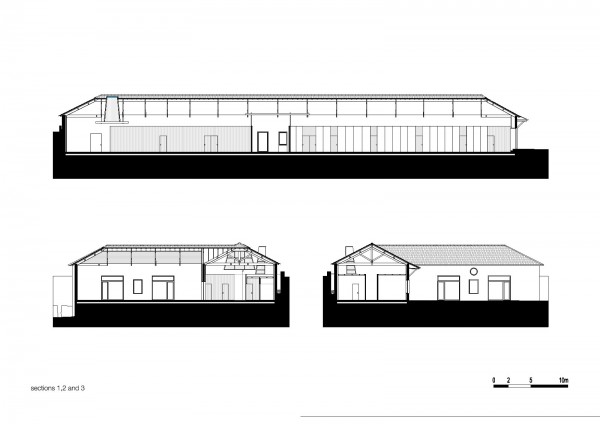 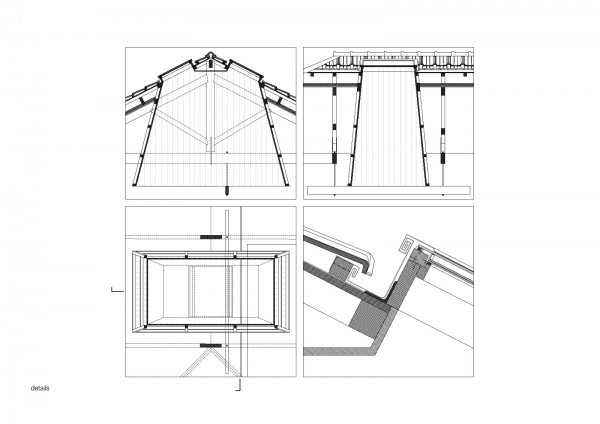