The urban situation of the land is fundamentally characterised by the proximity of the University of Minho, whose urban importance naturally attracts growth to the city.

The building has the fundamental objective of satisfying the need for accommodation and business, created by the presence of the student population. It is located on a steep inclined road, conferring it a strong exposition in relation to the public space. It creates a patio formed by the construction which increases the potential for its use through the centralisation capacity of access to housing and business.

A rule of composition was developed which matched the building’s image to the urban situation which surrounds it, and to the needs of the student population which is focussed here. Its formal characterisation is related with the open visibility that the building acquires with its surroundings, looking to find a demonstrative image of its functional composition that, beyond the housing presence, is marked by a significant business component. Some principles were defined for the whole building, with the first in the lower plans of the façade, which establish a direct relationship with the public space with more neutral expression, resorting to the use of exposed concrete and panels of black metal plate. For the patio, the language adopts opposing characteristics, marked by a great transparency and formal expression, with variation of levels justified by its integration with the design of the patio and the commercial gallery. The upper floors are marked by a strong linearity, conferred by the marking of overhanging balconies and through the fluctuating of opaque plans covered in fluted brushed steel plates, placed vertically, and transparent planes with opening of bays to the whole height of the floors. 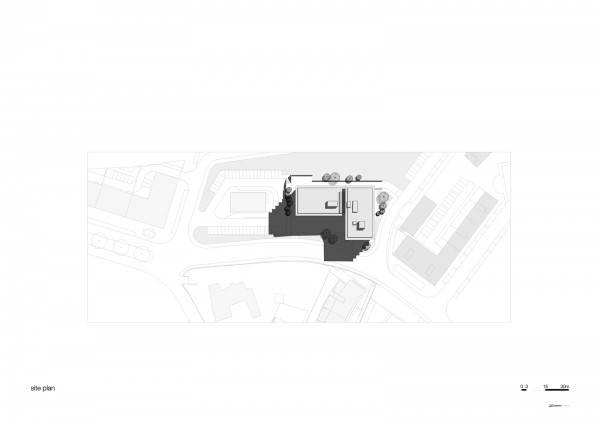 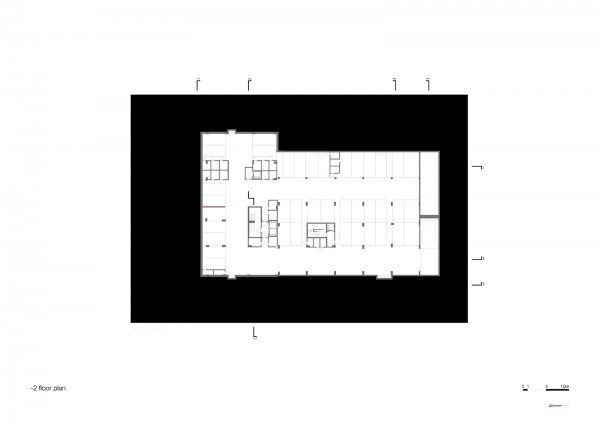 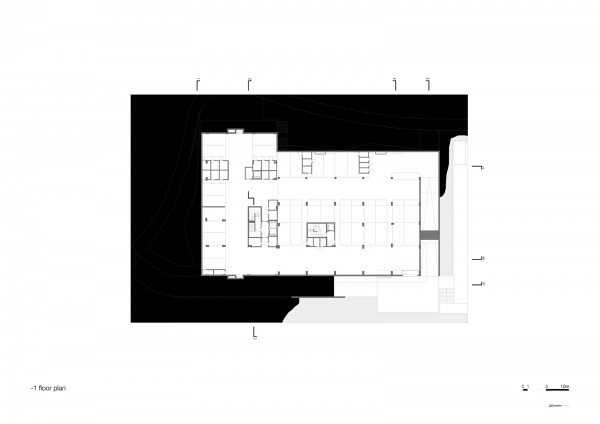 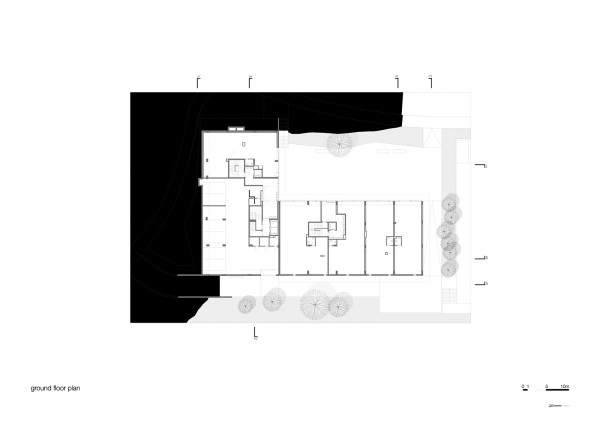 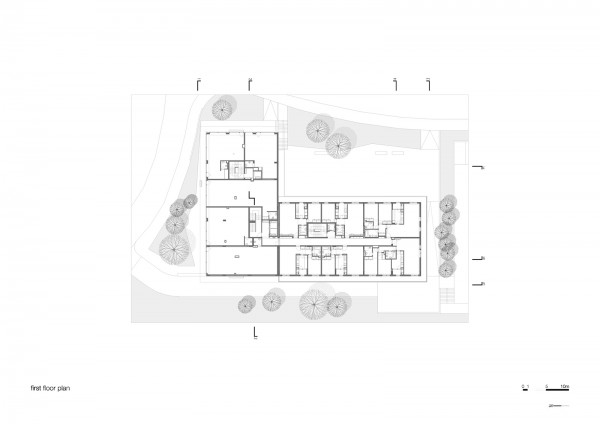 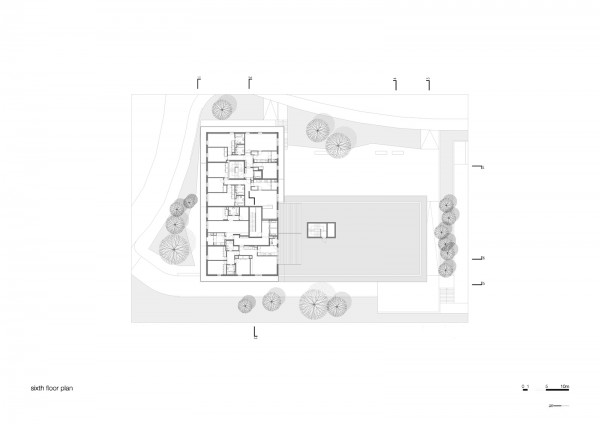 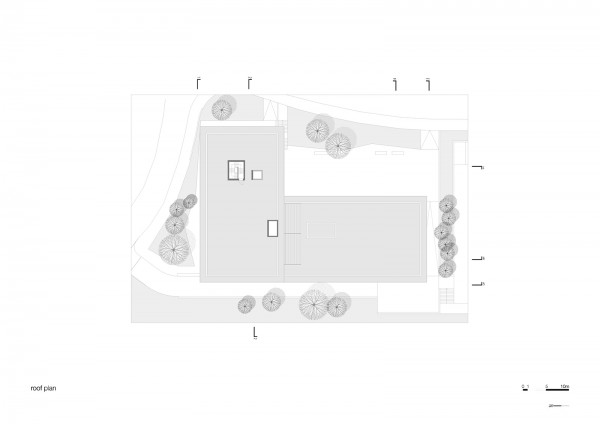 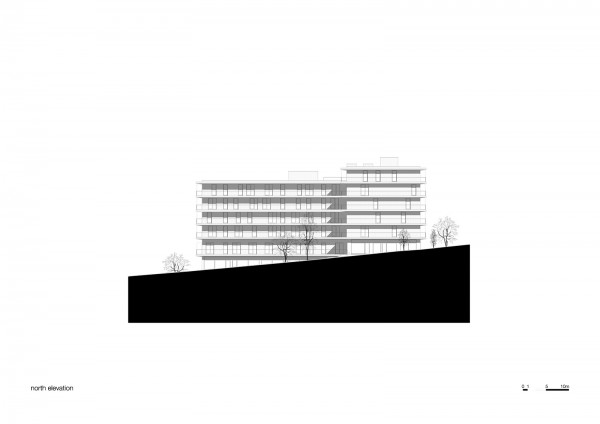 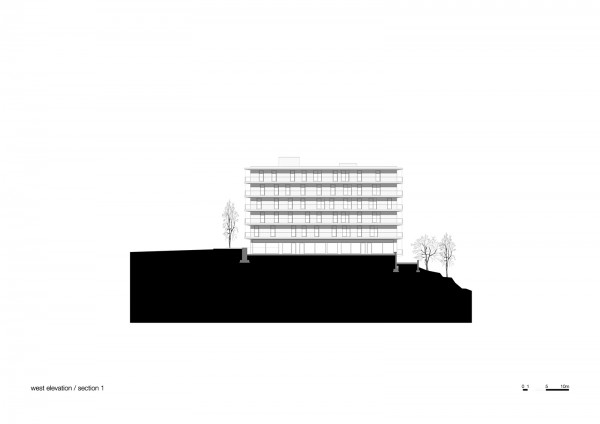 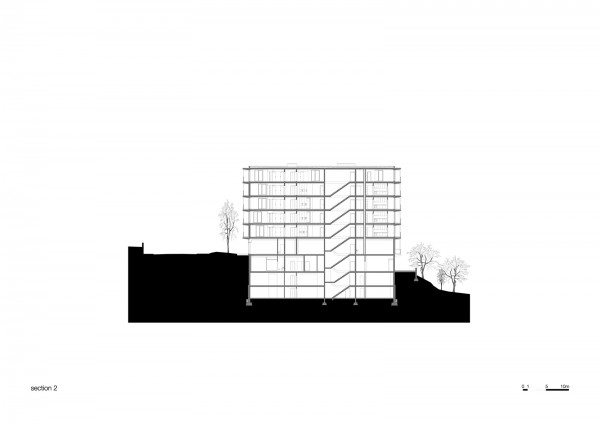 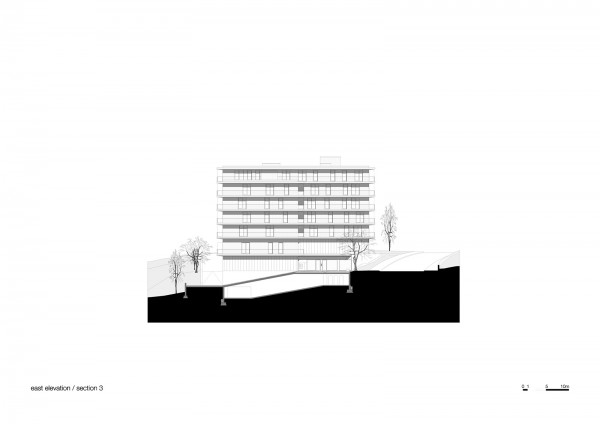 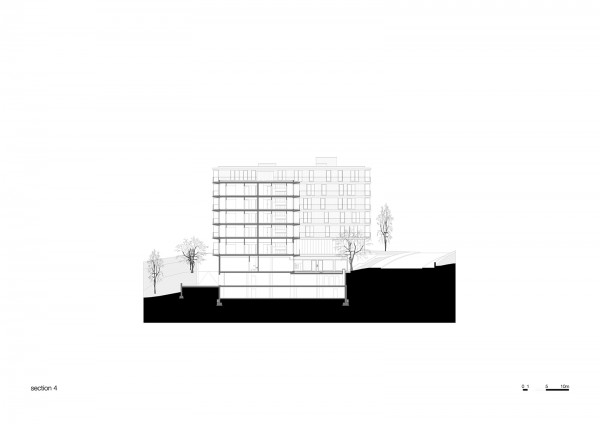 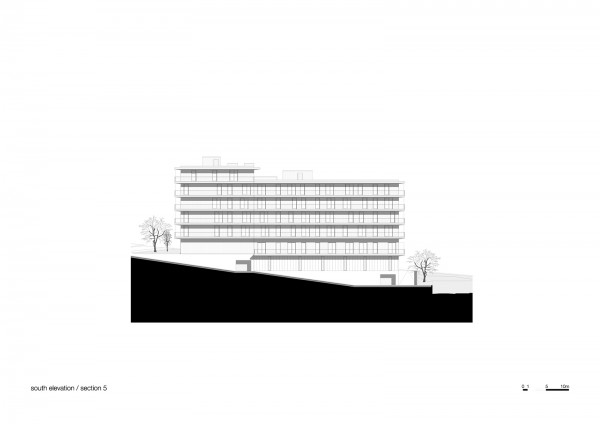 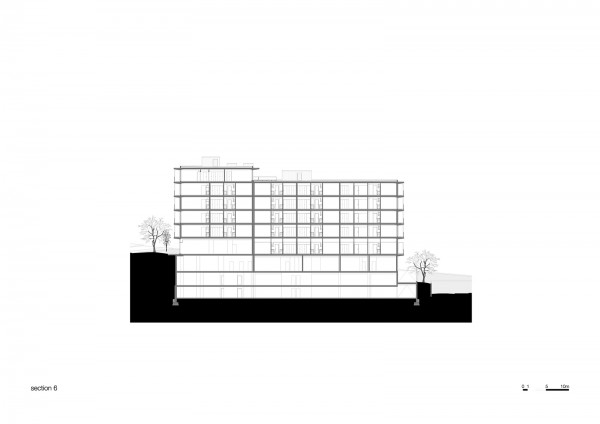 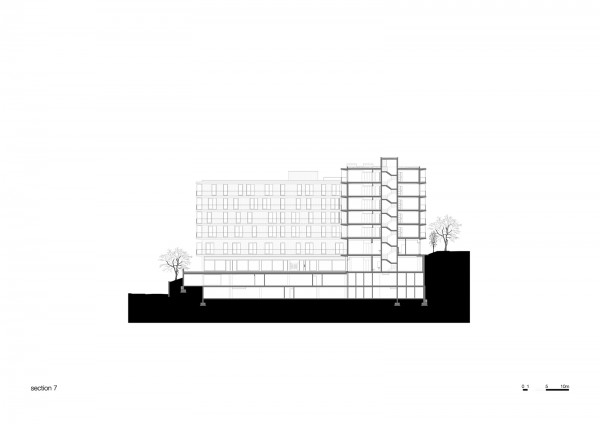