Teatro Jordão, – this is how we name the well-known building that duringits lifetime also housed the “Restaurante Jordão” (Restaurant) on the lower floor, was built in the 30s and corresponds programmatically to the typical Cineteatros(Cinema Theatre) program, of which there are many and varied examples throughout the country, making it possible for the traveling companies that existed at the timeto perform plays, providing above all the space for cinema, introducing one of the items of “modernity” in very incipient urban contexts. 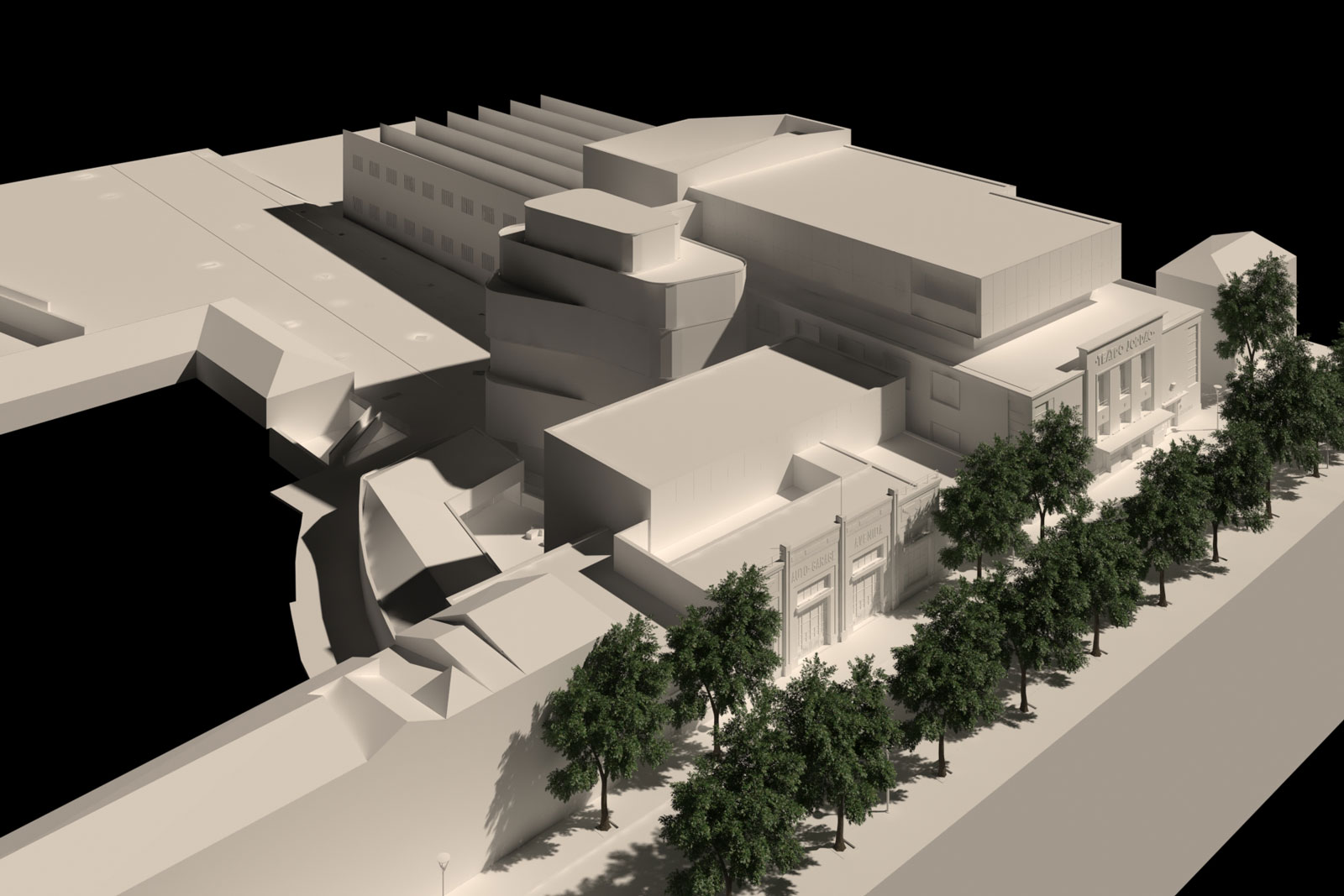 Thus, in this building, its explicit function is associated with another content, of a symbolic character that has acquired and maintained primordial importance. The memory of the building materializesin this dichotomy between the functionality of the building and itsassociated values. Its function was lost over time – the cinema was deactivated and the restaurant was closed – and the construction degraded, but the volume and modernity image translated in the façades facing Avenida D. Afonso Henriques constitute today the only objective memory of the whole set.

This memory, a granite and opaque construction, should remain as the project’s third reference, formally and volumetrically making all the elements that constitute new intervention autonomous. This physical and real memory understood as heritage to be preserved should remain so.

The preservation of heritage is connected to a criterion of utility understood here in its broadest sense, accepting that the functional conversion of the building implies its transformation. In addition, the program also includes the rehabilitation of the “Auto Garagem Avenida” building, from the same time, and which translates into its main façade, one of the best examples of an Art Deco aesthetic built in Guimarães.

The proposed new program, School of Performing Arts, School of Visual Arts, School of Music and Auditorium resulting from the reconversion of the Teatro Jordãoroom, divided by several autonomous entities with similar but independent activities, was decisive for the new drawing of the building. 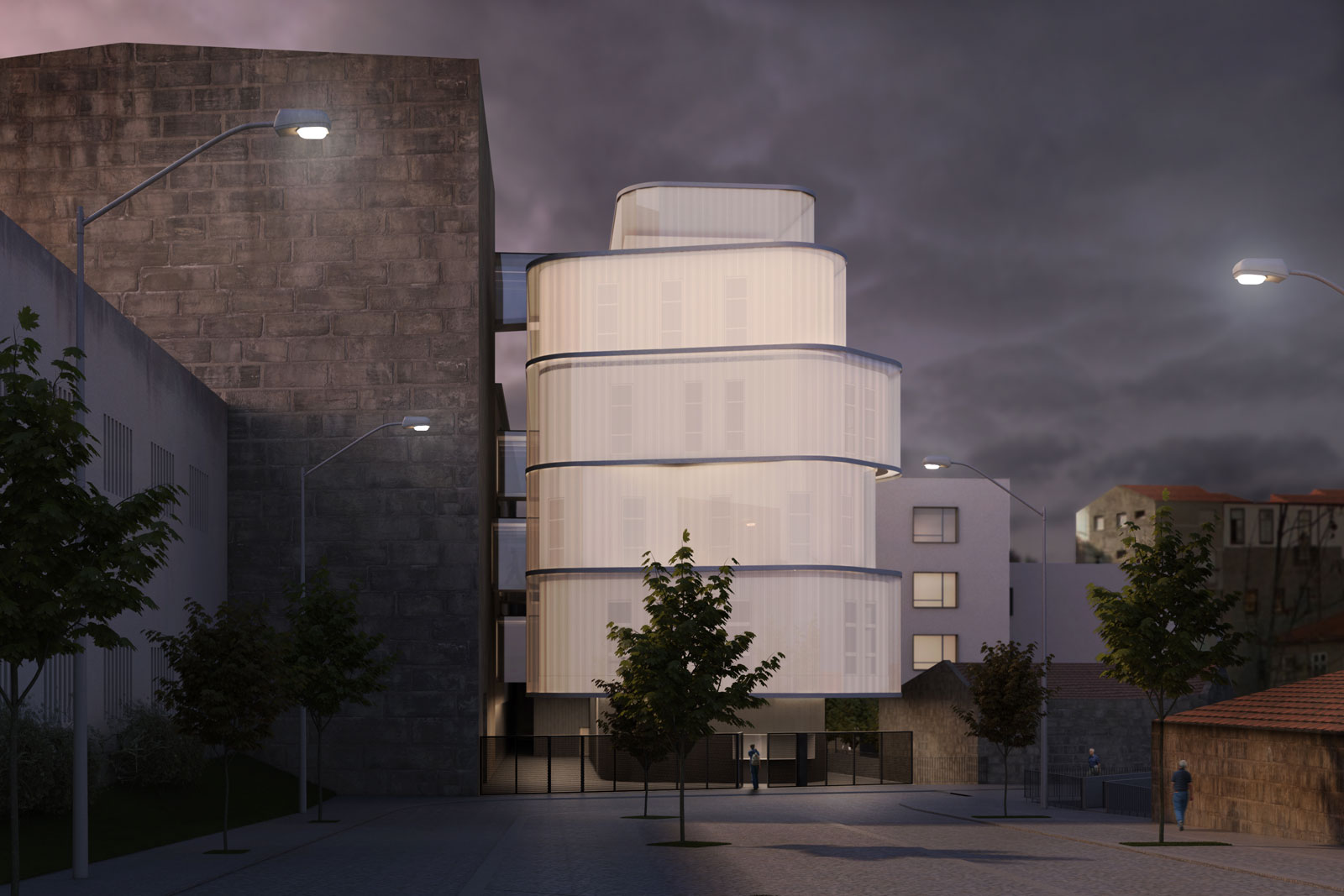 The autonomous and independent Auditorium functionally complements the major valences, music school, the performing arts school and the visual arts school, ensuring the independent operation that can host external and diverse activities. The auditorium (intended fordance, music and congresses, etc.) was designed as a multifunctional room, allowing its reconfiguration and adaptation to the various proposed events. Any understanding of the heritage of these buildings, this site and this city carries an interpretative, personal and subjective burden. Likewise, a heritage recovery and safeguard policy, even validated by consistent and continuous practice, means an option that must be constantly compared by the context of each intervention. 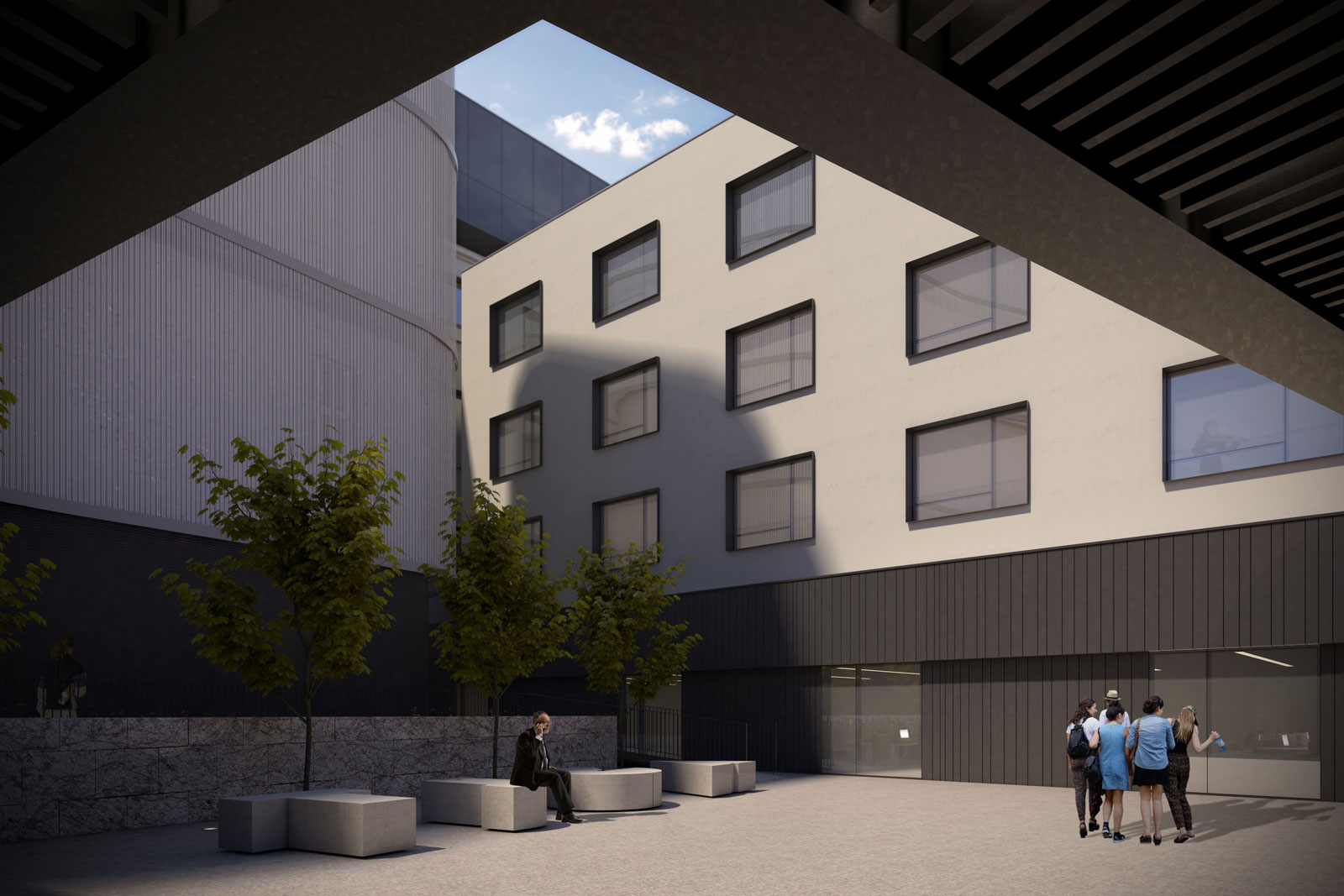 The ultimate goal of the project is the preservation of a heritage, and intends to place it within the scope of rehabilitation and conversion, not with a logic of integral preservation of the physical and architectural reality of the Teatro Jordãoand the Auto Garagem Avenida buildings, but rather considers its transformation as inevitable, allocating to the building a program unequivocally and conceptually connected to that adopted for the Couros Area. And when we talk about rehabilitation and conversion, we talk about repairing and renewing in the first case and transforming in the second. 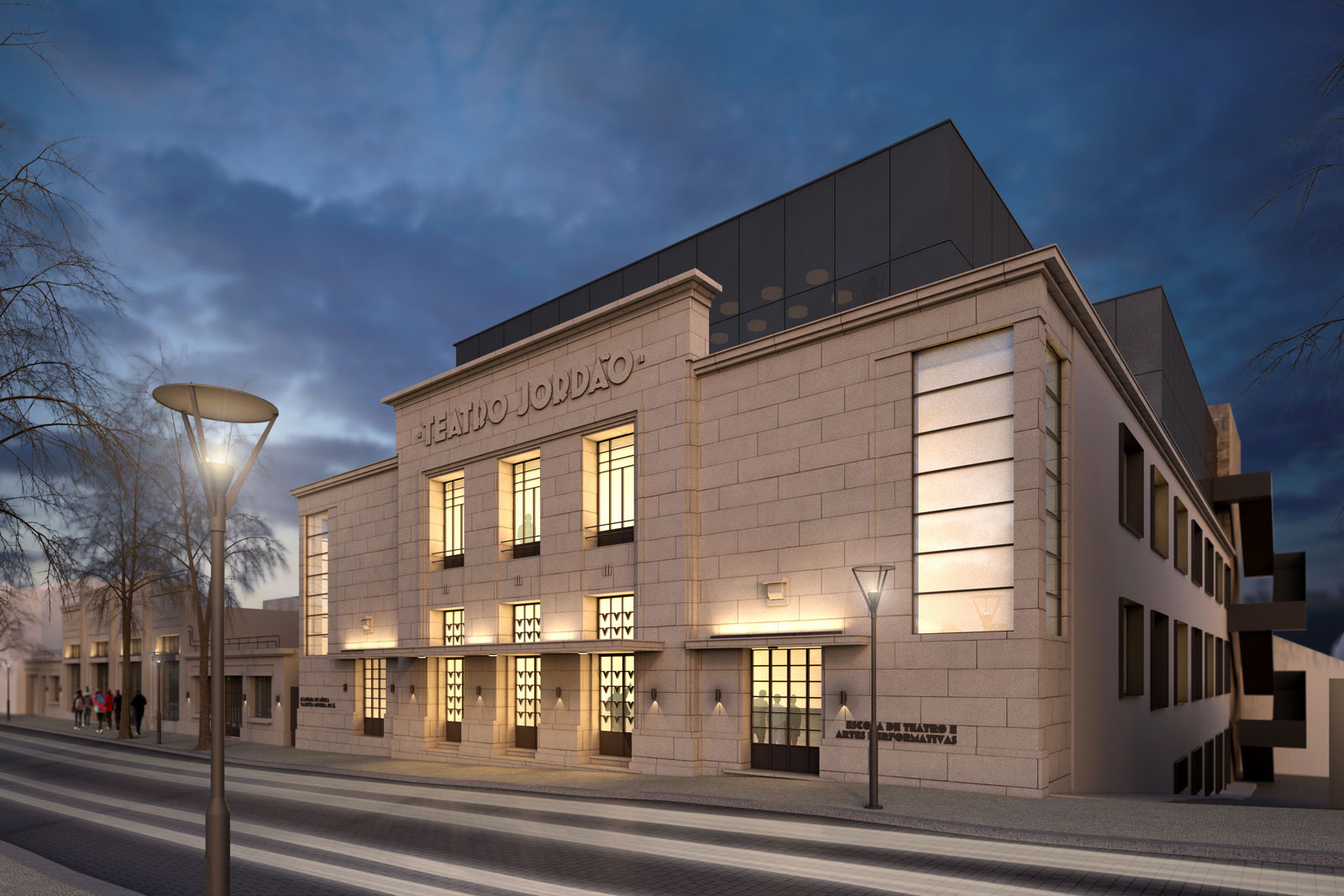 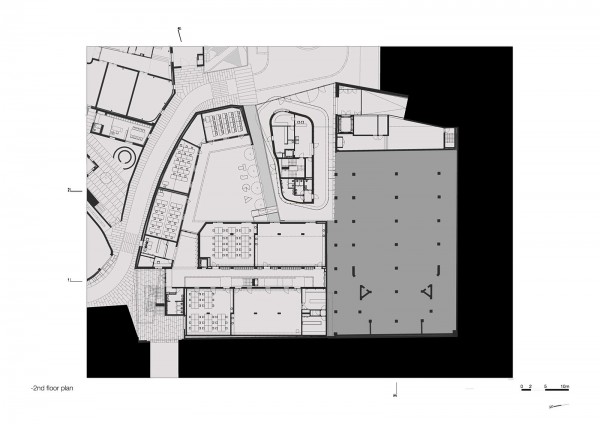 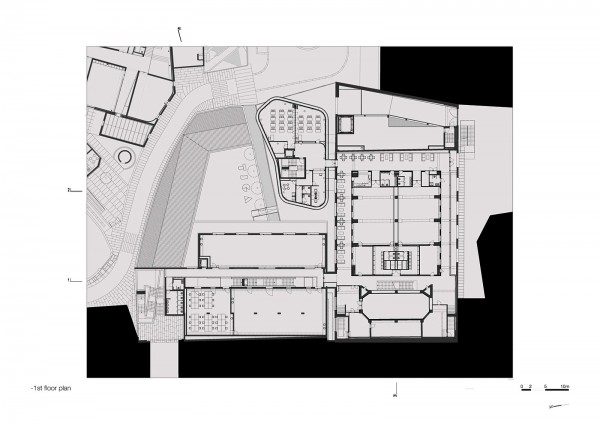 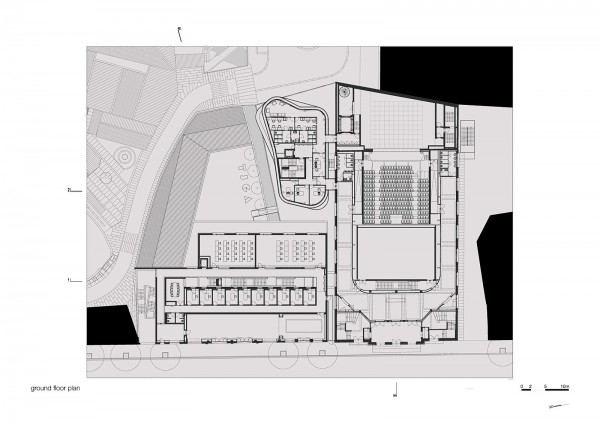 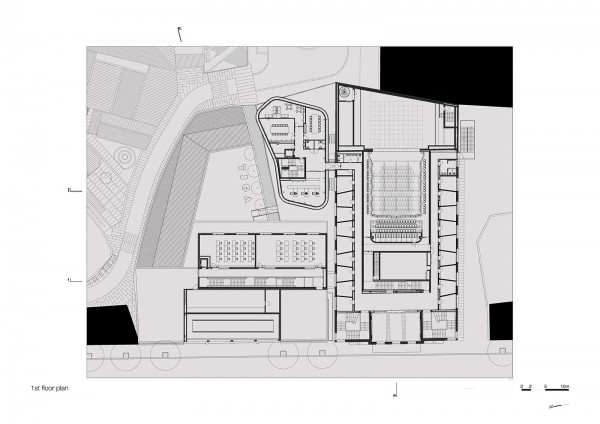 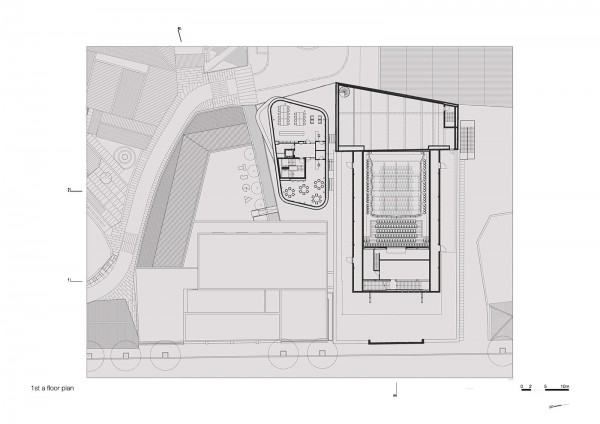 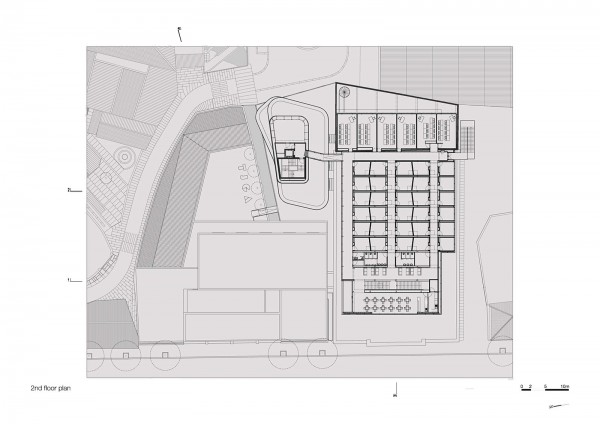 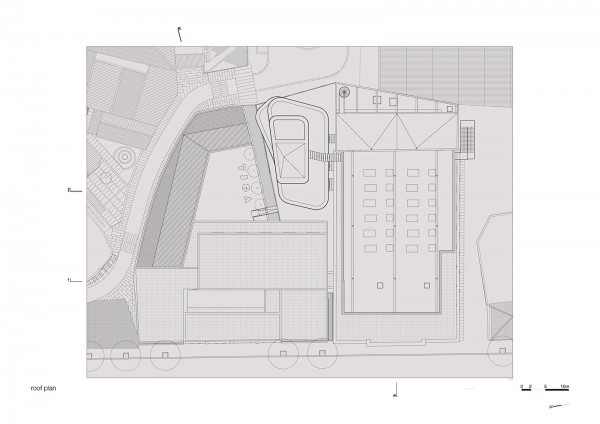 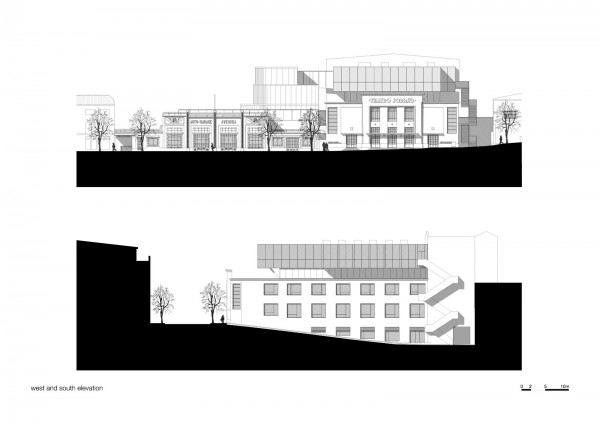 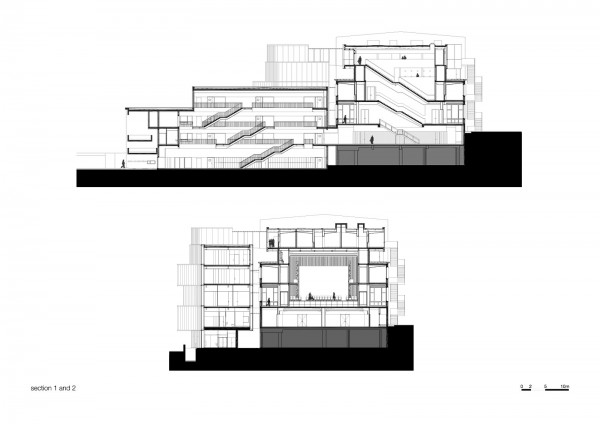 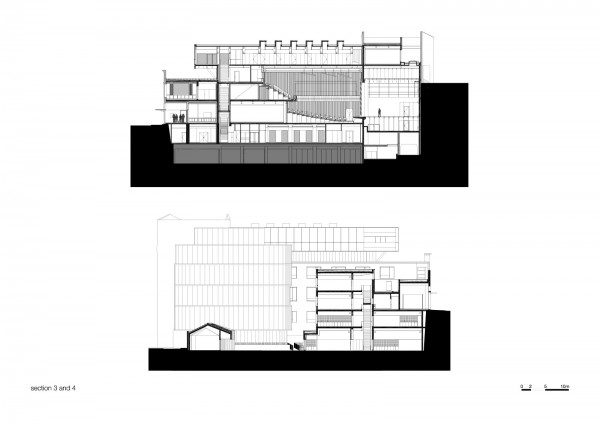