The programme could be summarised briefly as a building with three storeys and a roof, landscaped and accessible, with smoke and natural ventilation, and covered parking for 500 vehicles. It also established a number of functional and urbanistic parameters, determining the accessibilities. 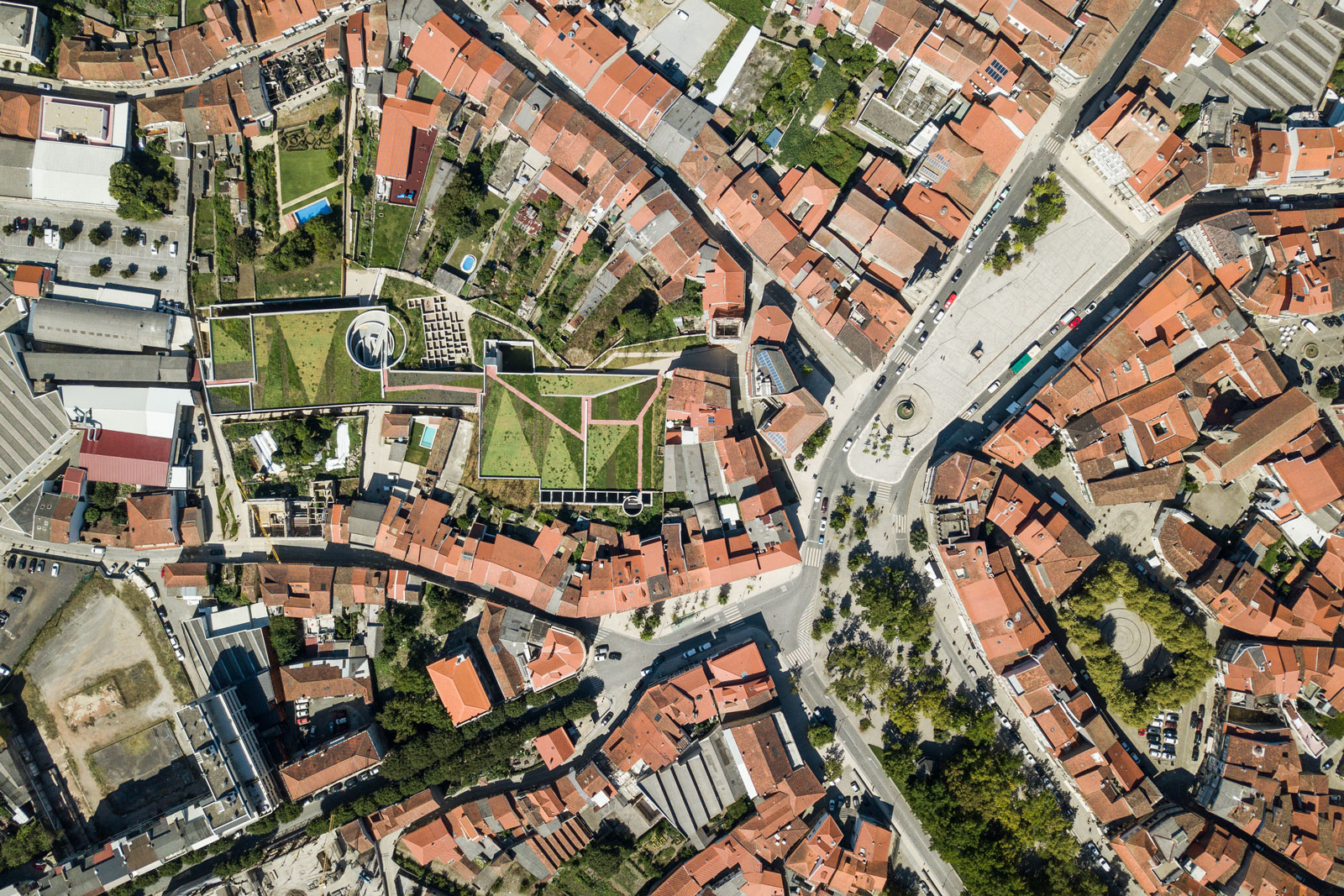 The block where this project was carried out is located in the flank of the “noble” parts of the historic town, that is between the walled city and its large exterior square – the Toural. 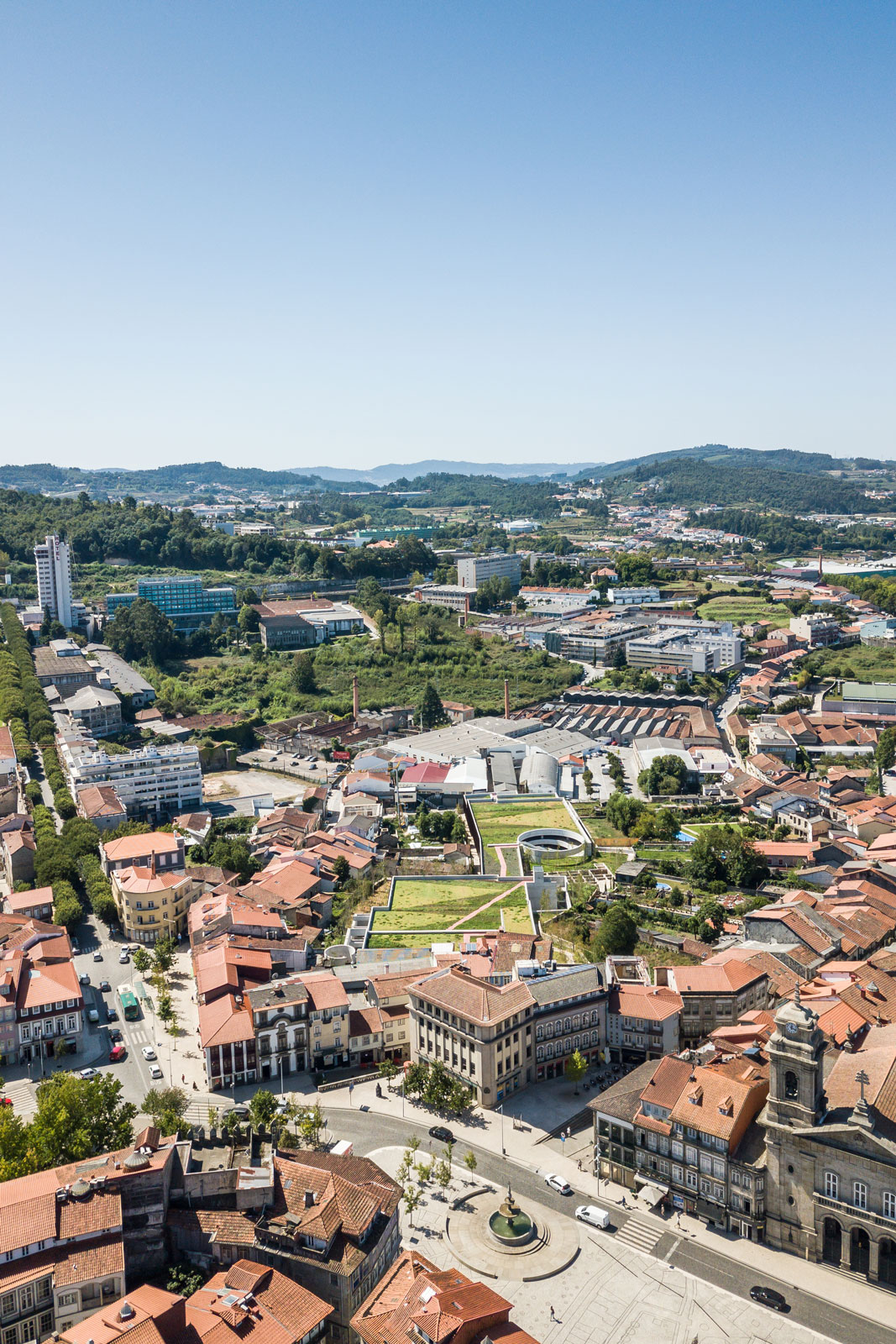 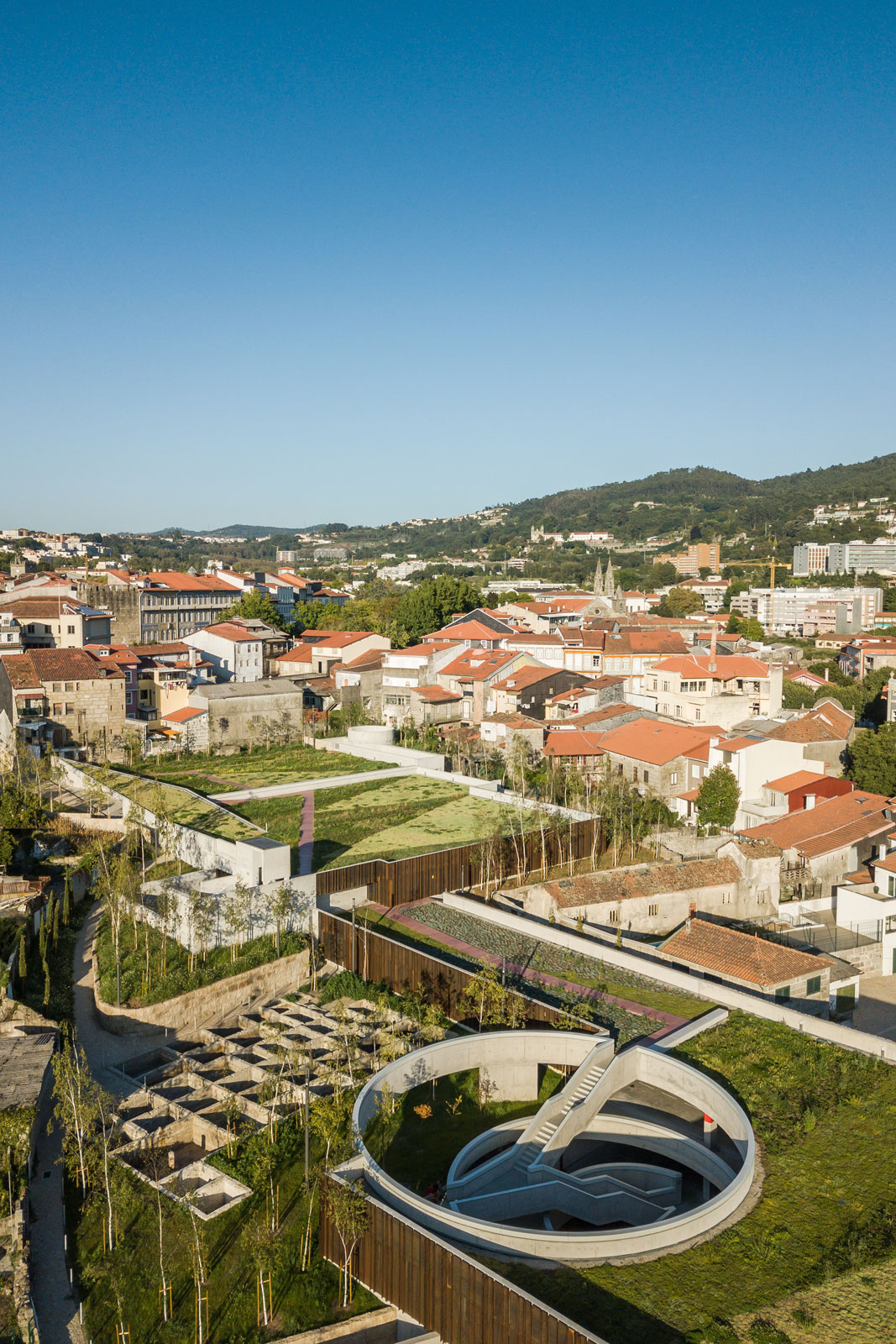 Today, the entire block has been conformed, in particular by the buildings in Rua de Camões and Rua da Caldeiroa, but also by the geographical feature that is Ribeiro de Couros and the occupation which it promoted when the city was incorporating new production activities with the establishment of the late 19th – early 20th century industrial buildings. 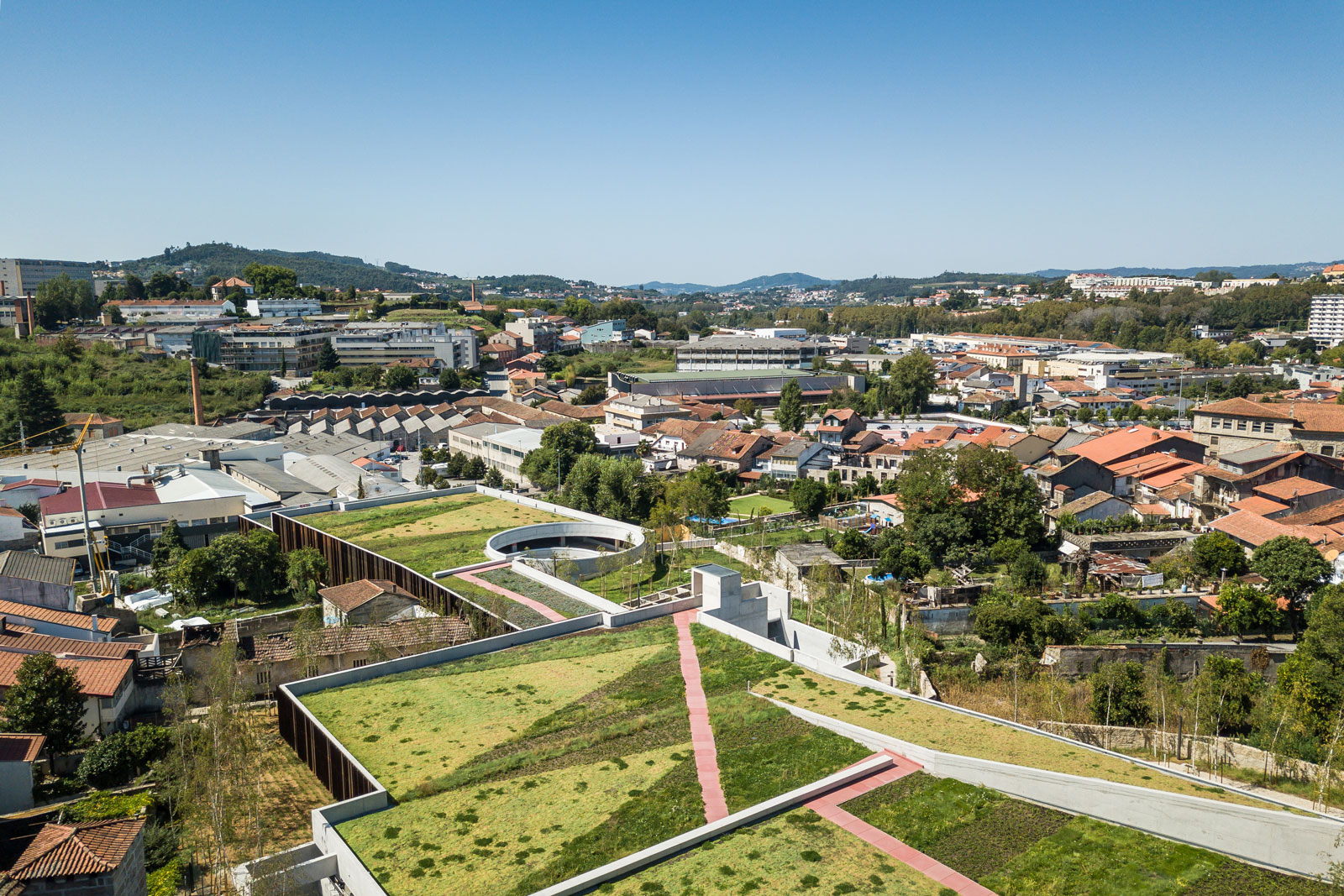 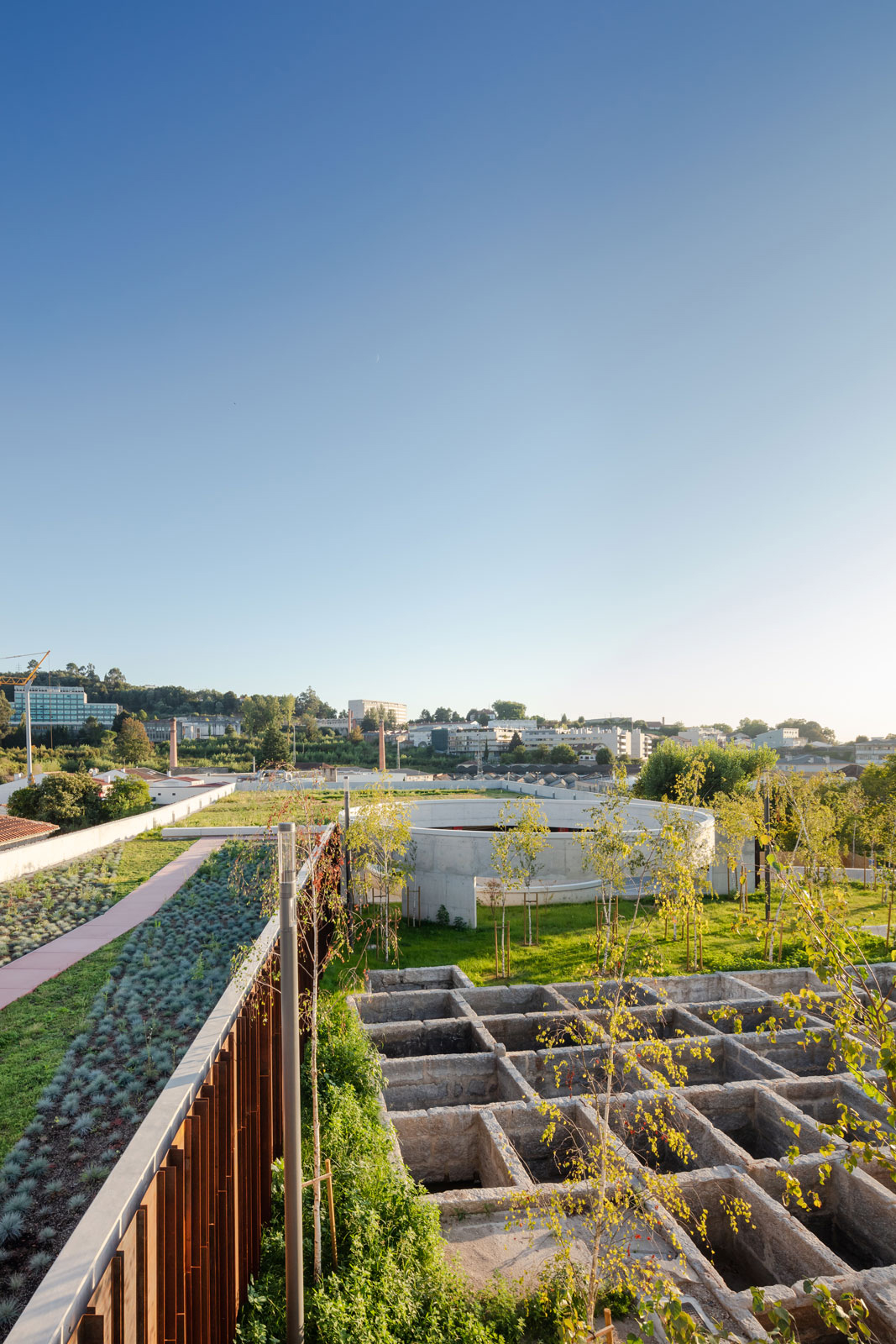 The question of the existing heritage and of the integration of the new programmes in consolidated historic zones would have to stand at the core of this intervention. Naturally, we would be working on heritage and integration values, words and concepts that generate so many mistakes and produce virtual realities loaded with subjectivity. 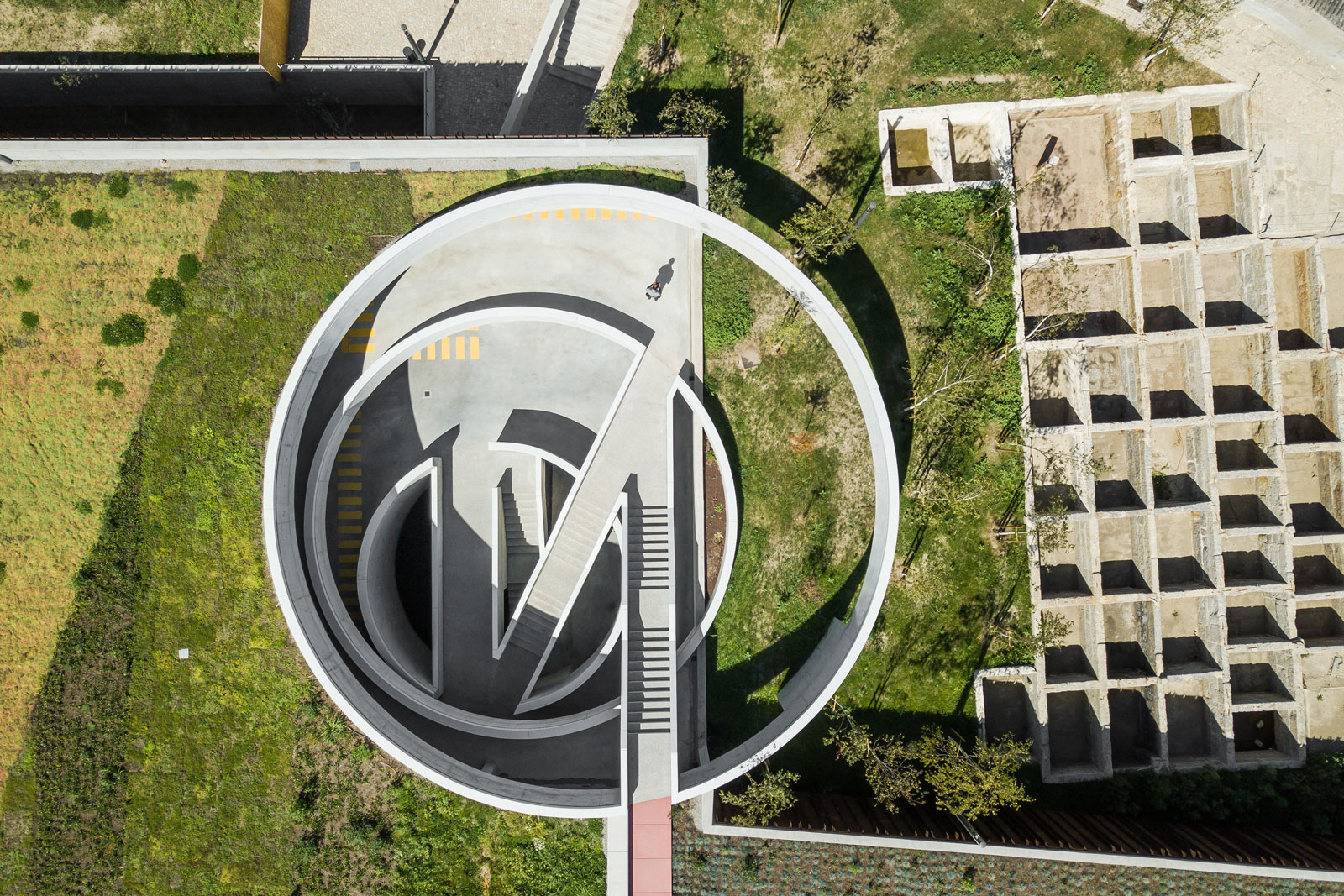 So, when we speak of rehabilitation and reconversion we speak, this being the meaning of the words, of repairing and renovating in the first case, and transforming in the second. 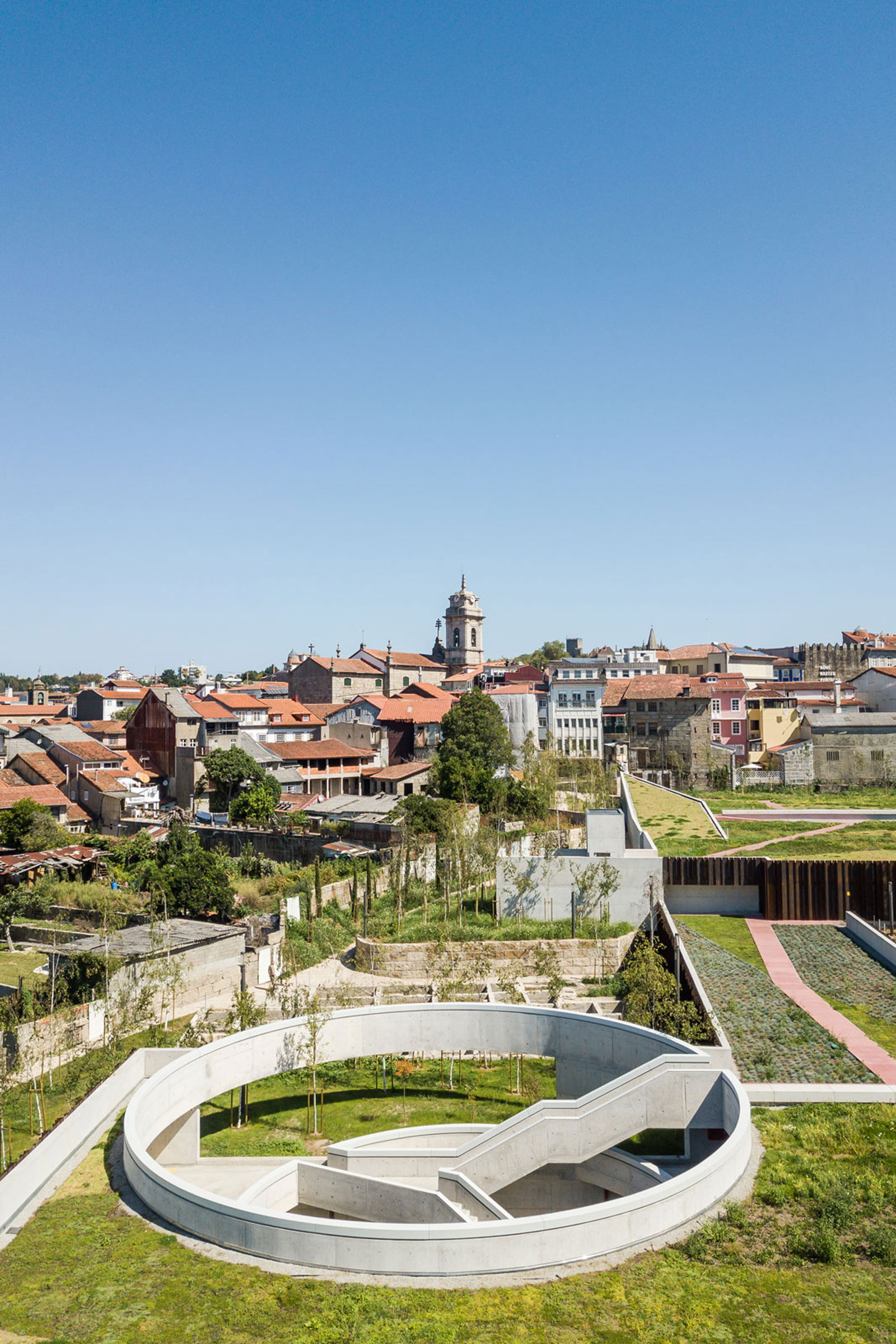 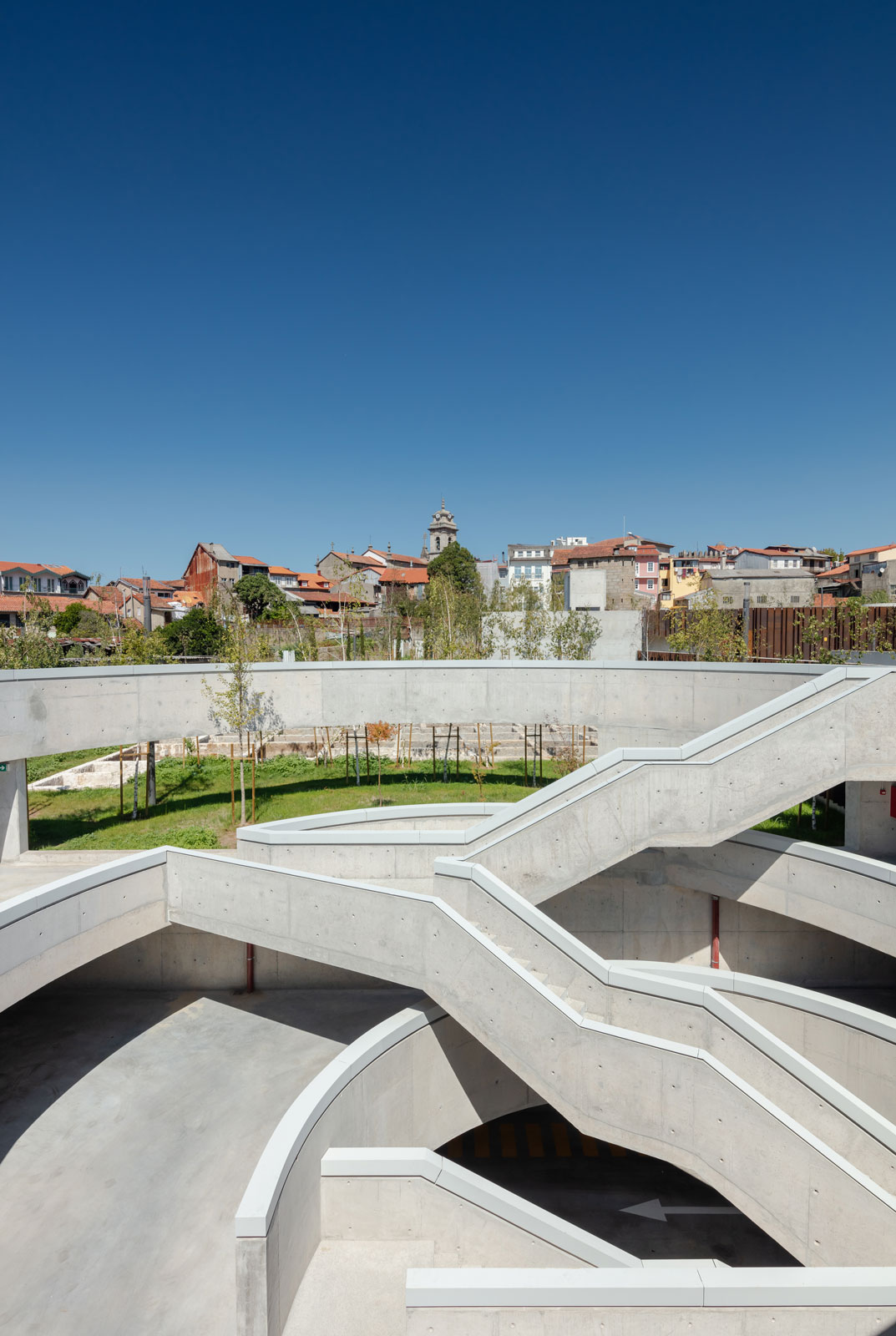 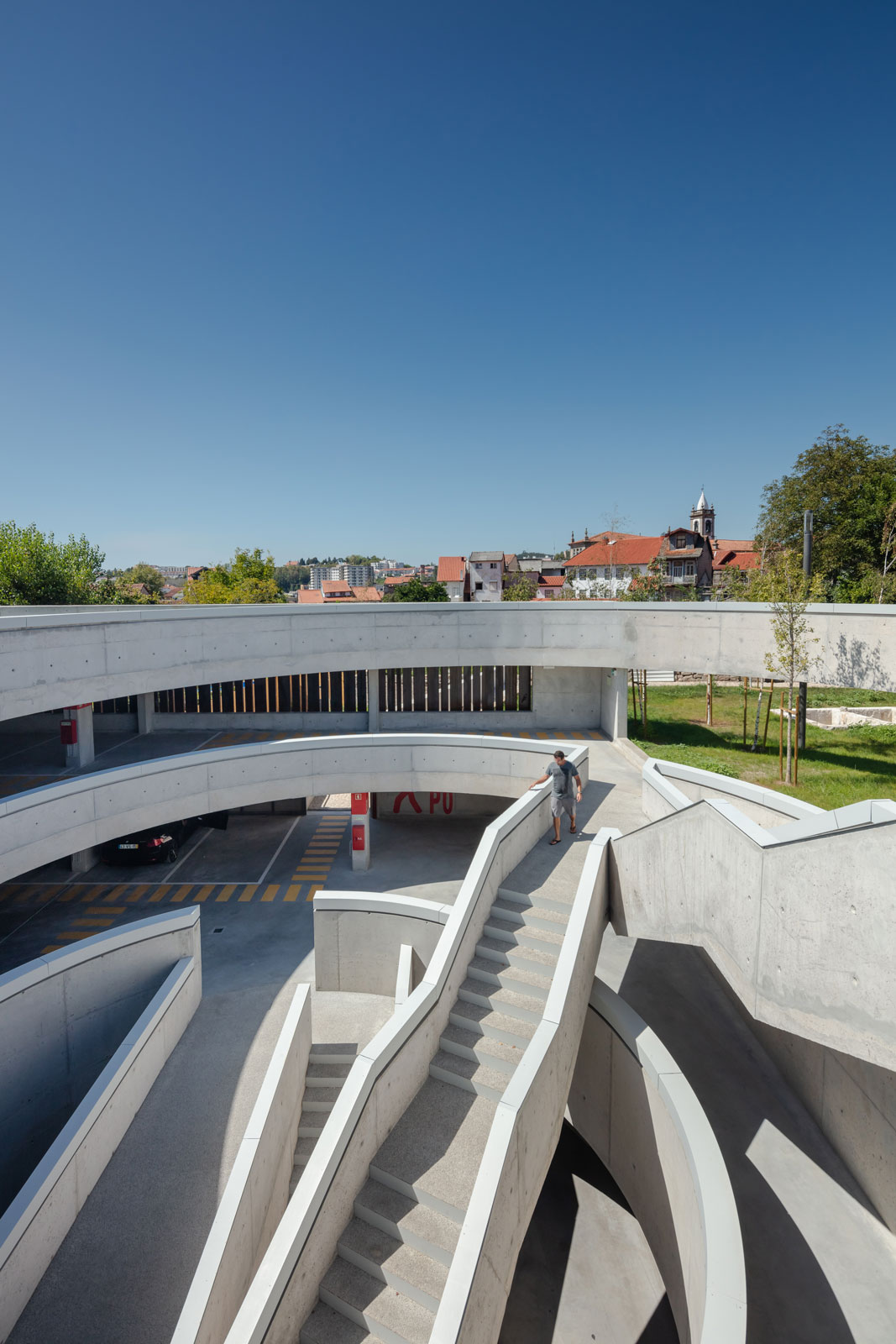 So, the project sets out activities on these three fronts simultaneously, carefully selecting what can be repaired and what should be renovated and accepting that other things must necessarily be transformed, for they derive from the need to fulfil the requirements of the tender programme but also from the need to ensure the future sustainability of the various buildings. 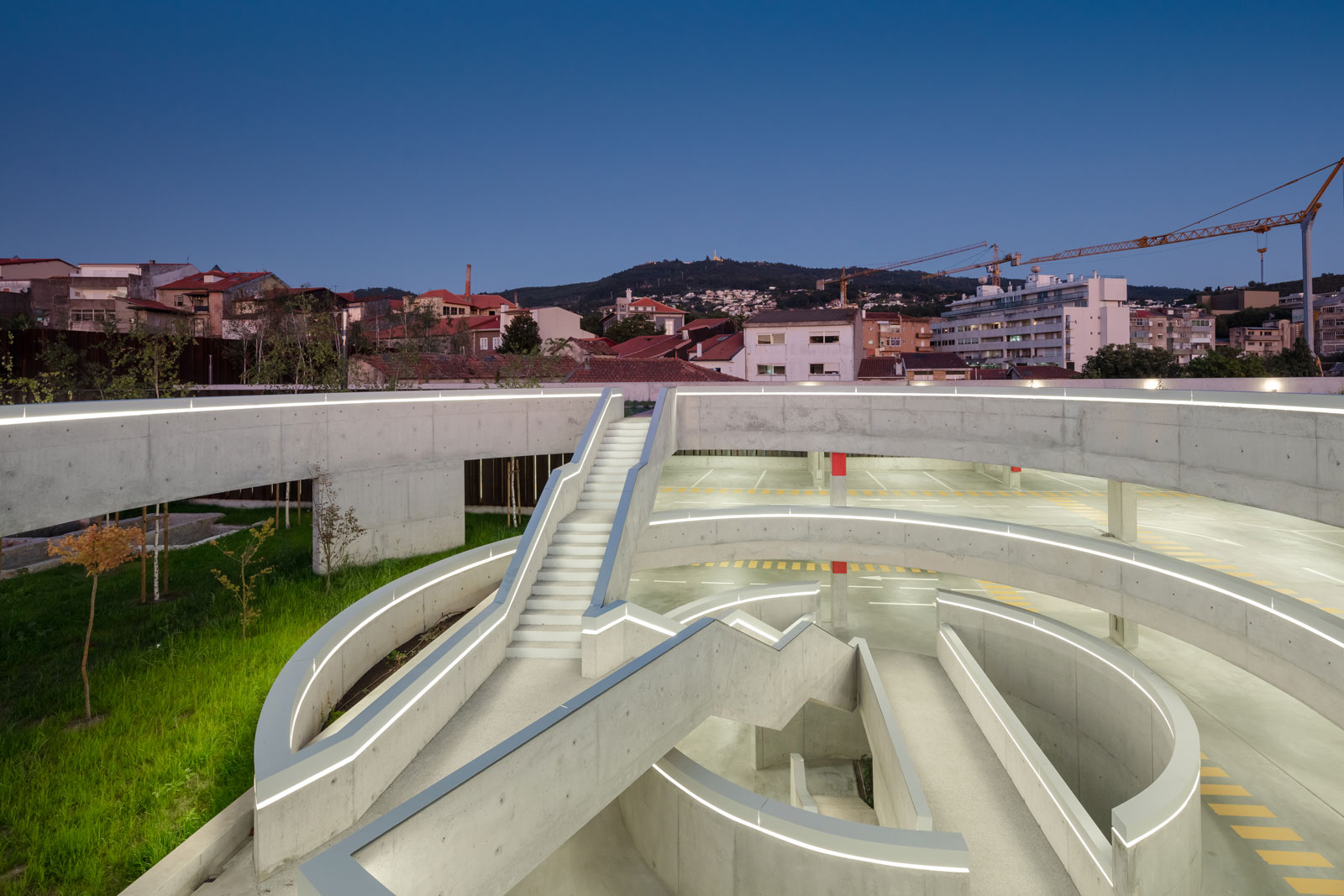 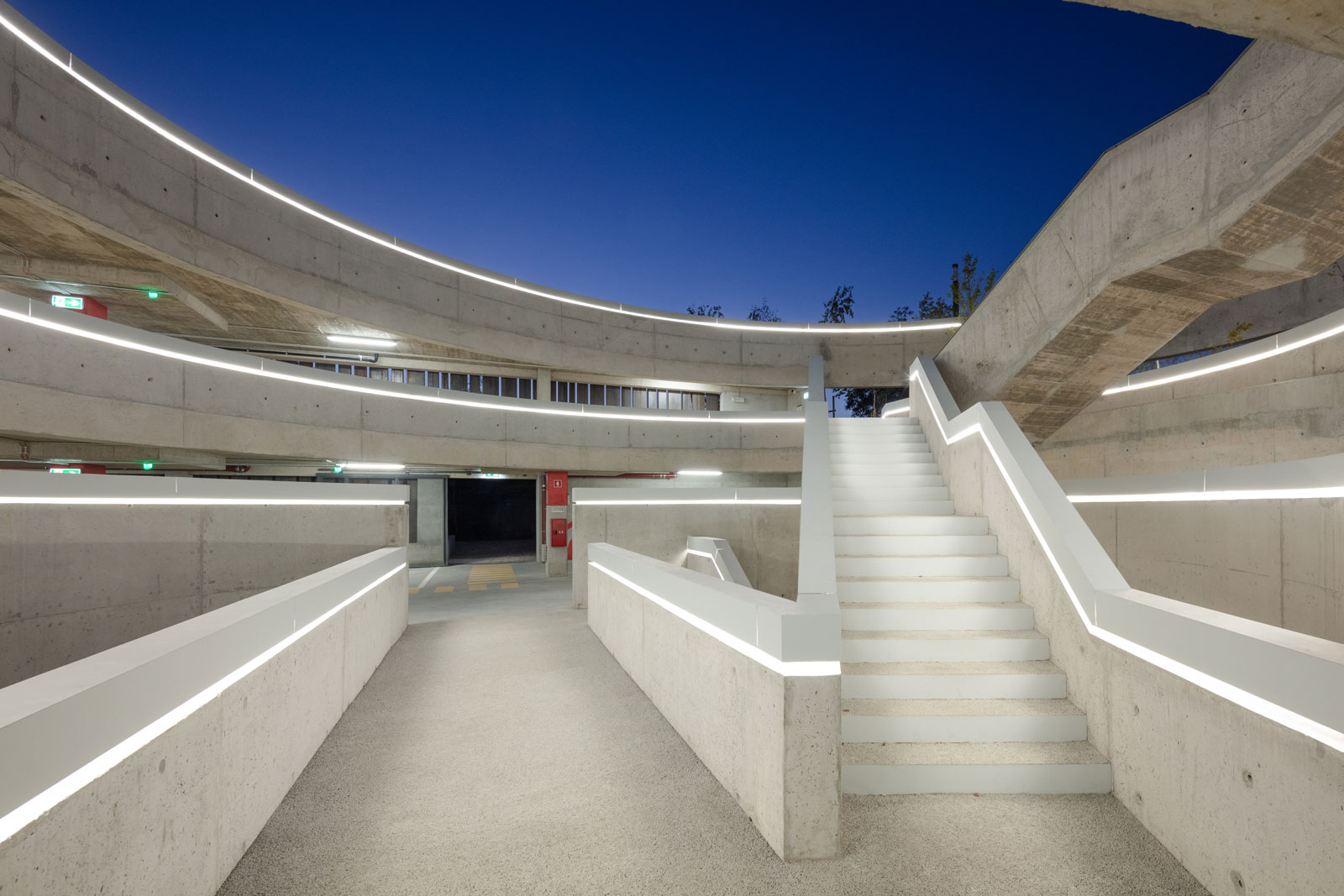 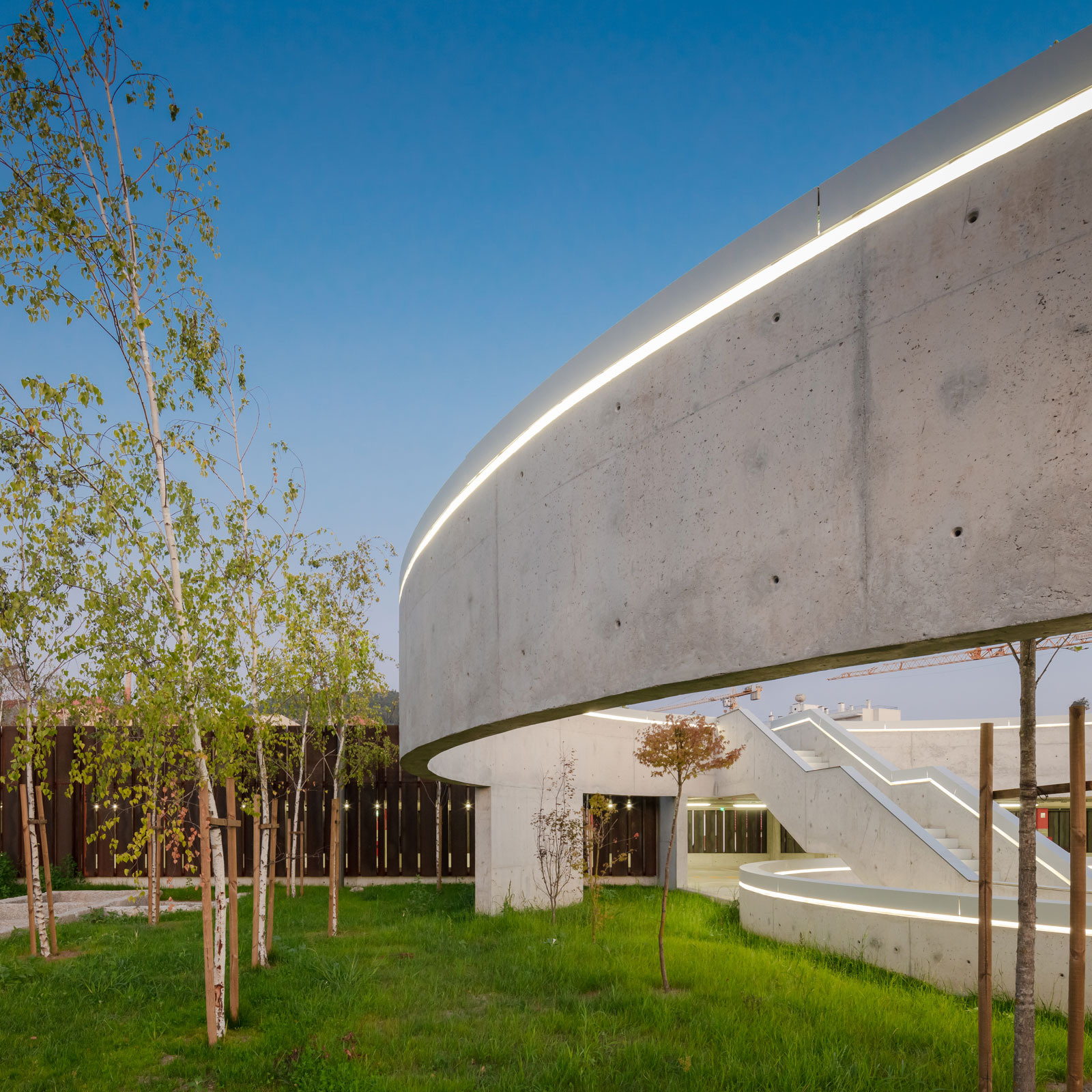 In addition to the above-referred principles, what was important whilst developing this project was the endeavour to produce a solution that was clearly and easily perceptible to future users.

This resulted in the creation of a new network of pedestrian crossings inside the block but also in the re-establishment of the existing paths along the inside of the plots, their aim being to guarantee that these public spaces are used and enjoyed. 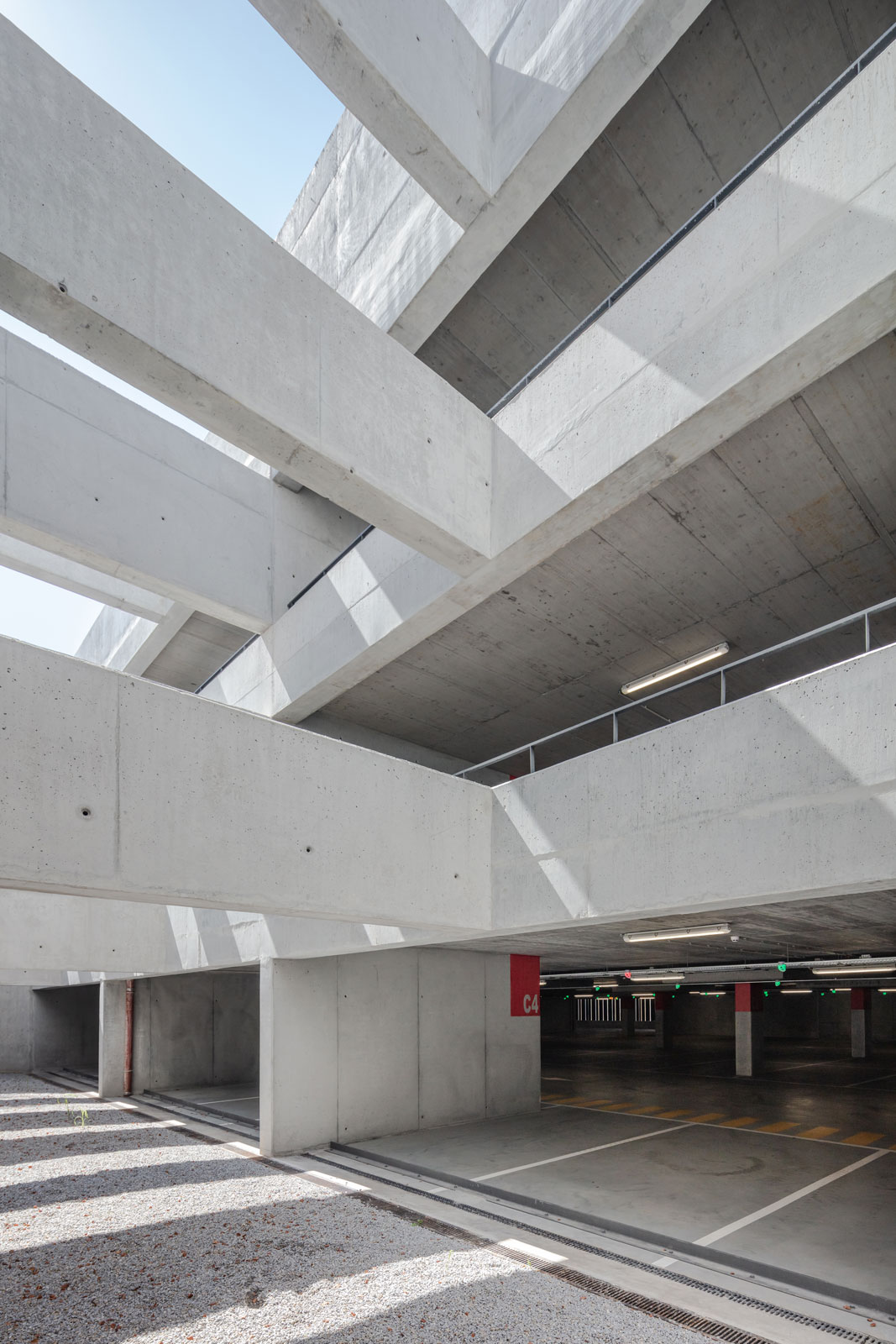 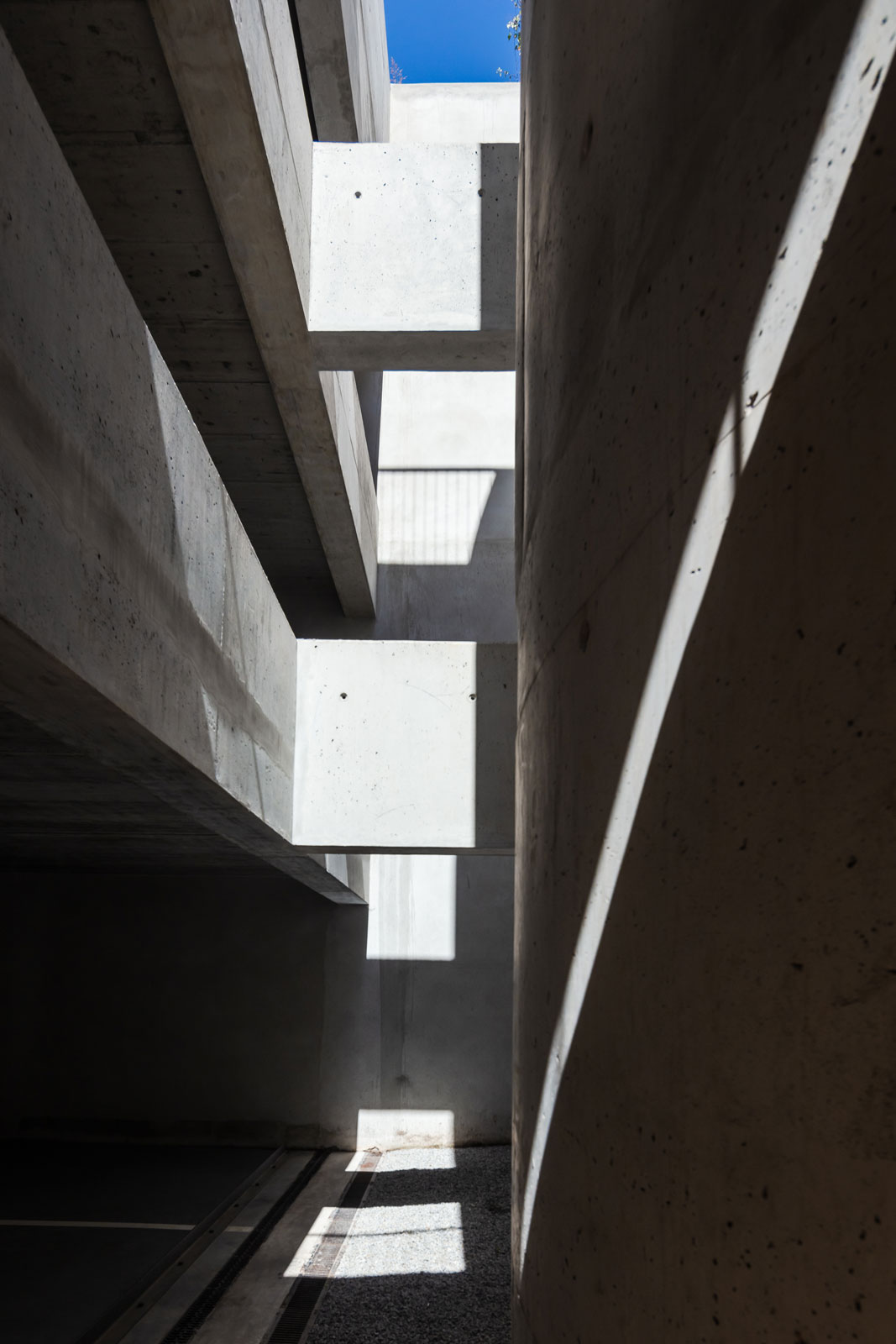 It is also intended to make the visible façade of the building unassuming, never more than two storeys above ground in height, reinforcing the volumetric solution by creating a façade system of Corten steel grilles. Whilst maintaining the necessary analogies with traditional industrial constructions they guarantee the required permeability to light and air, and so fulfil the functional idea of sustainability foreseen in the programme. 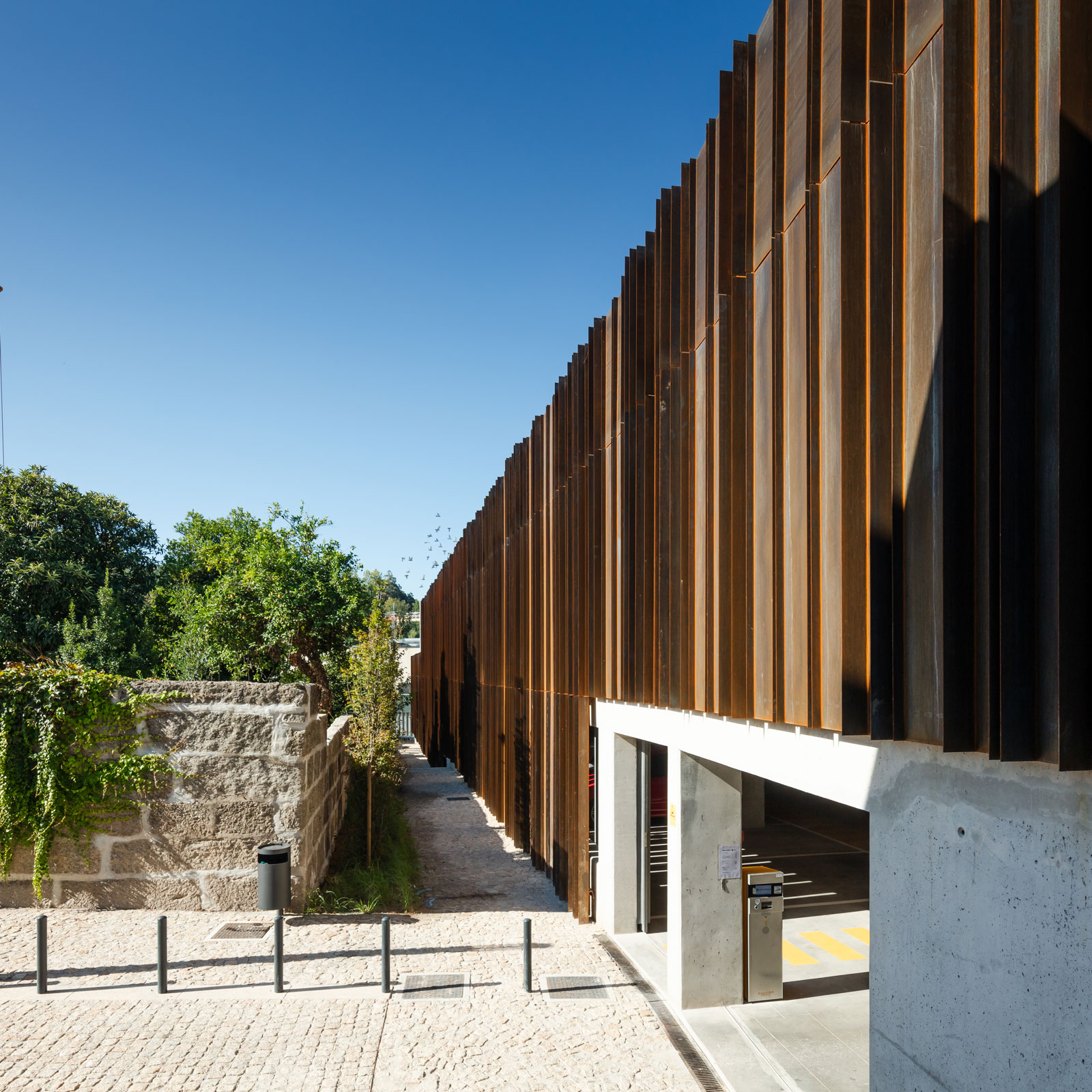 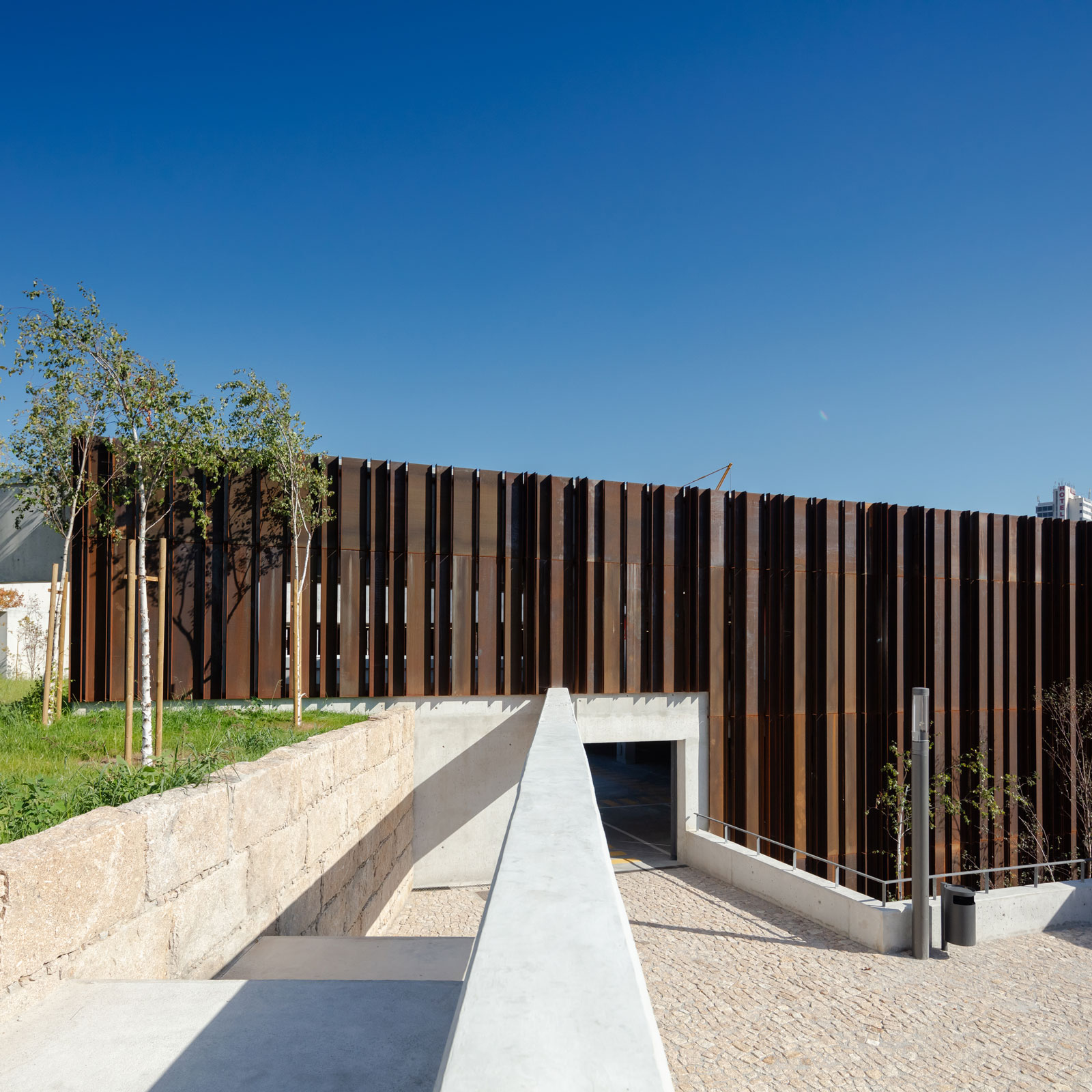 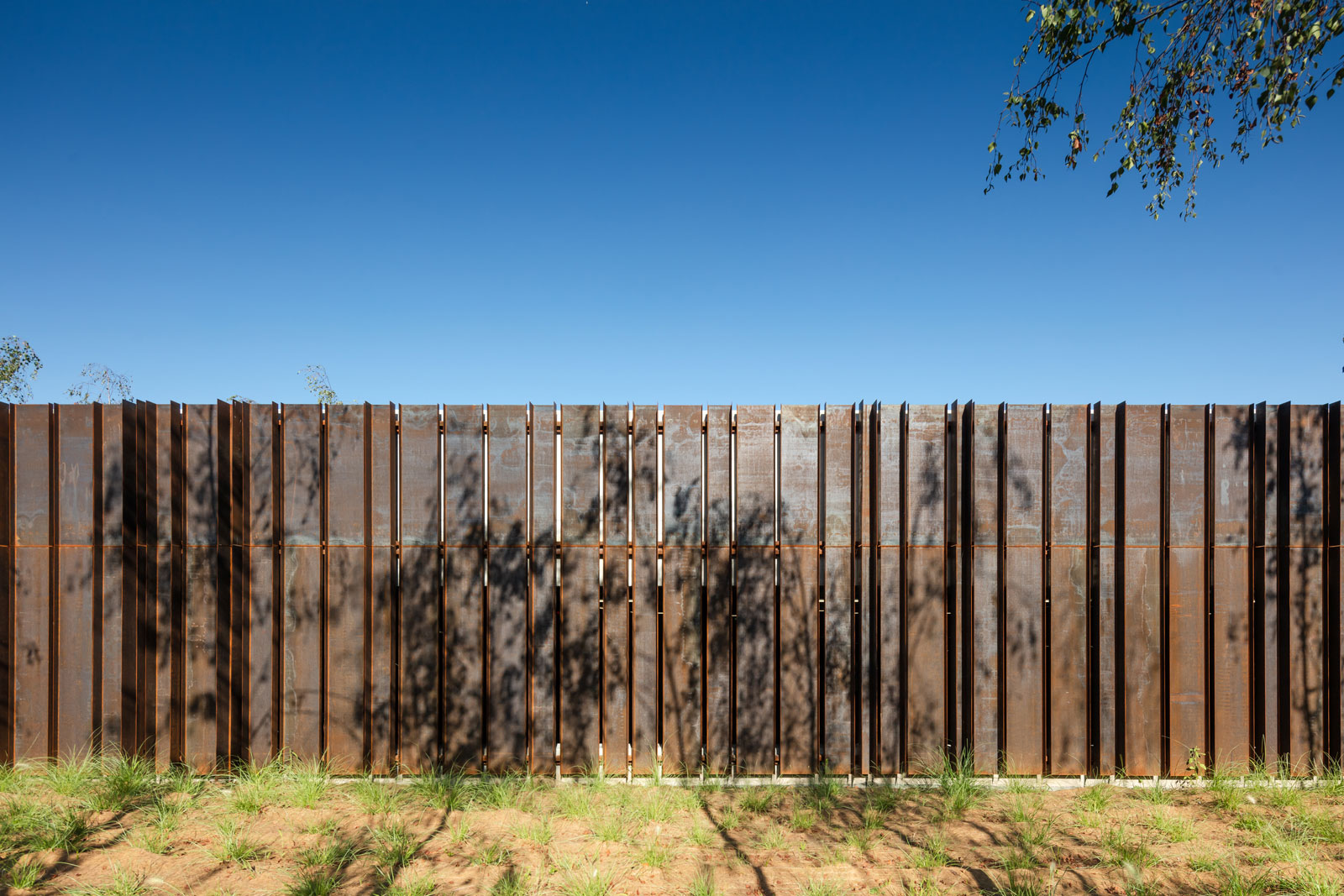 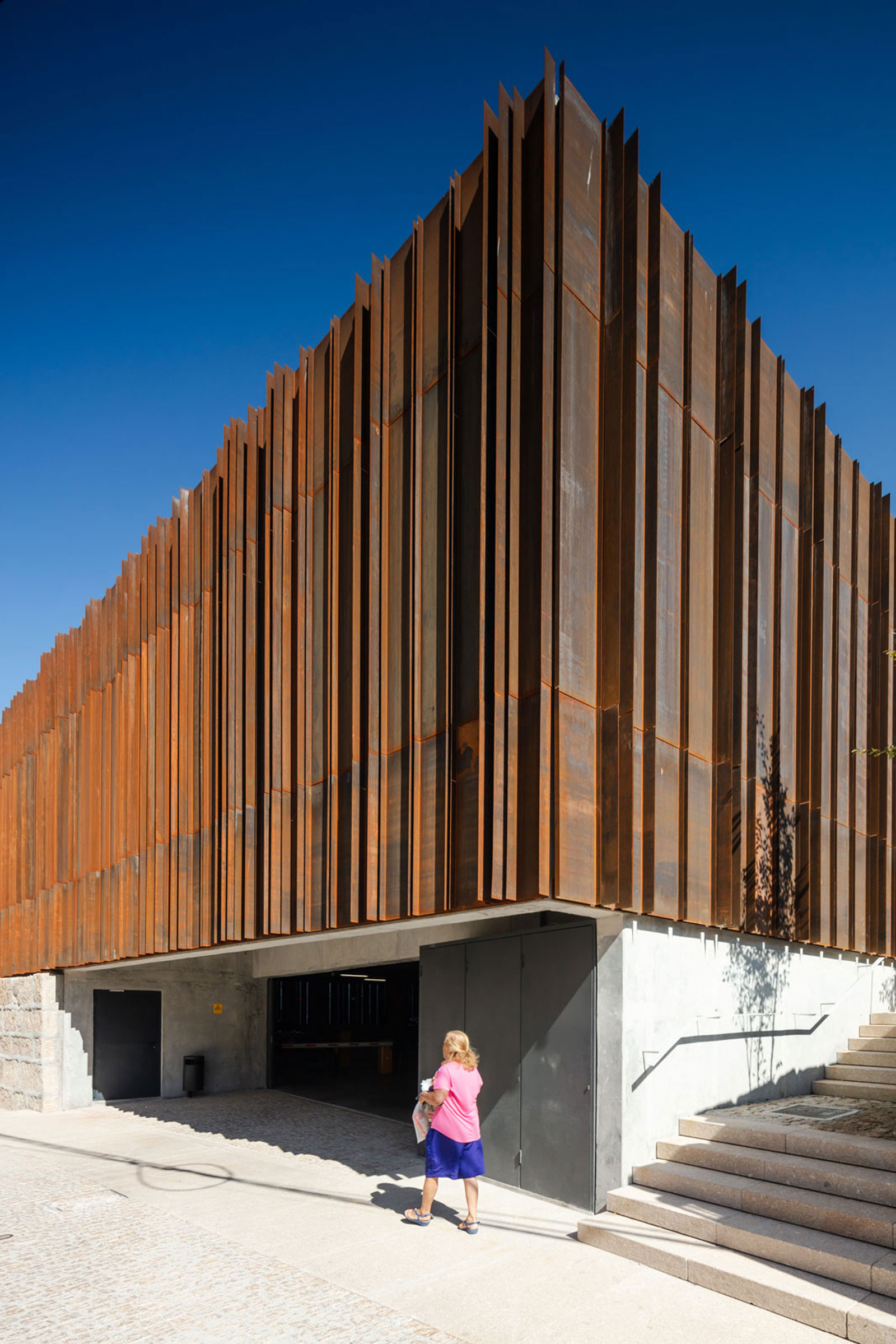 In short, the aim was to carry out an intervention that did not mimic what was already there, that was not overpowered by the context of the intervention area, that helped attract others to reconvert their private backyards, but was transformative and so suggested less conventional solutions and proposals in the private sphere, although we do not believe greatly in the redemptive capacity of architecture. 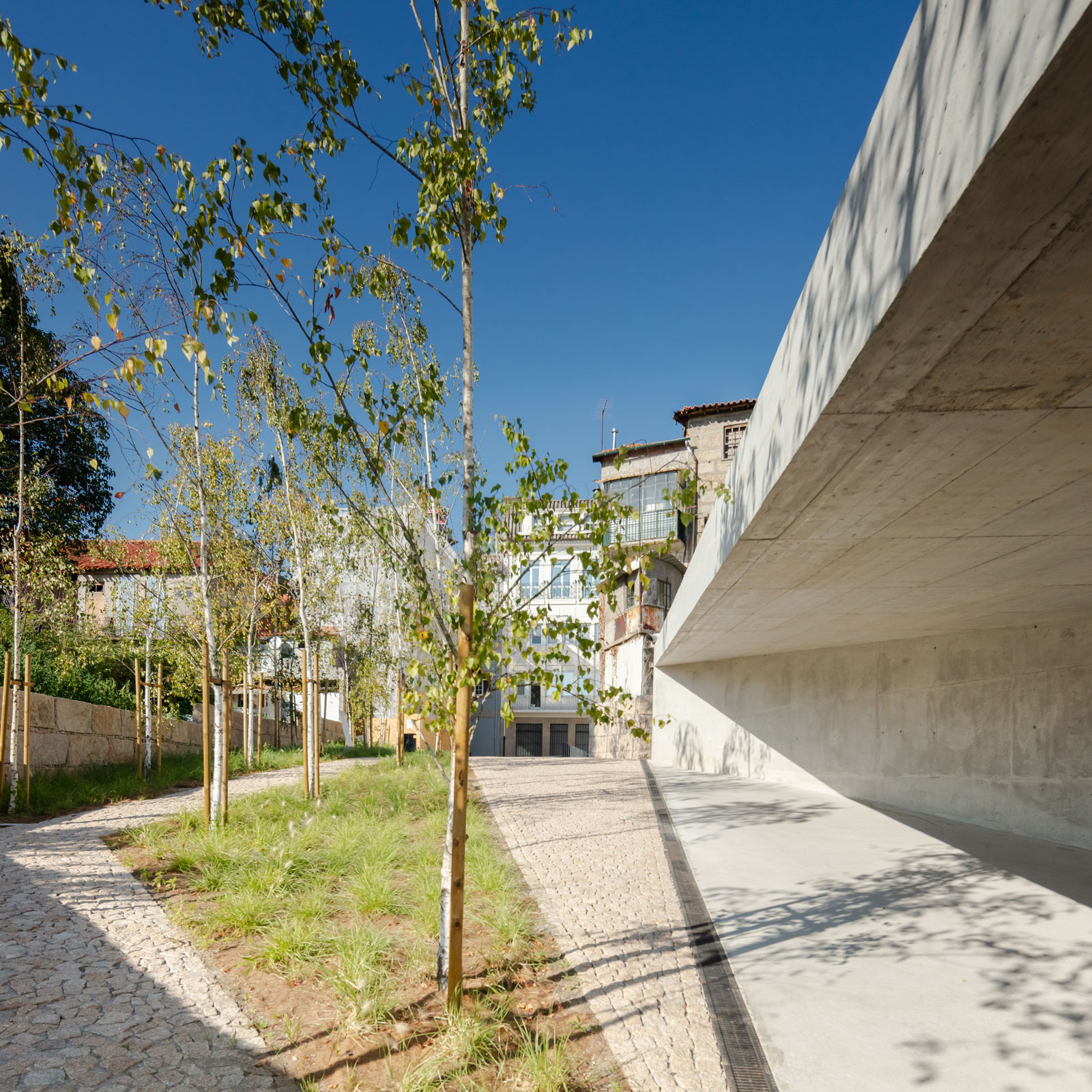 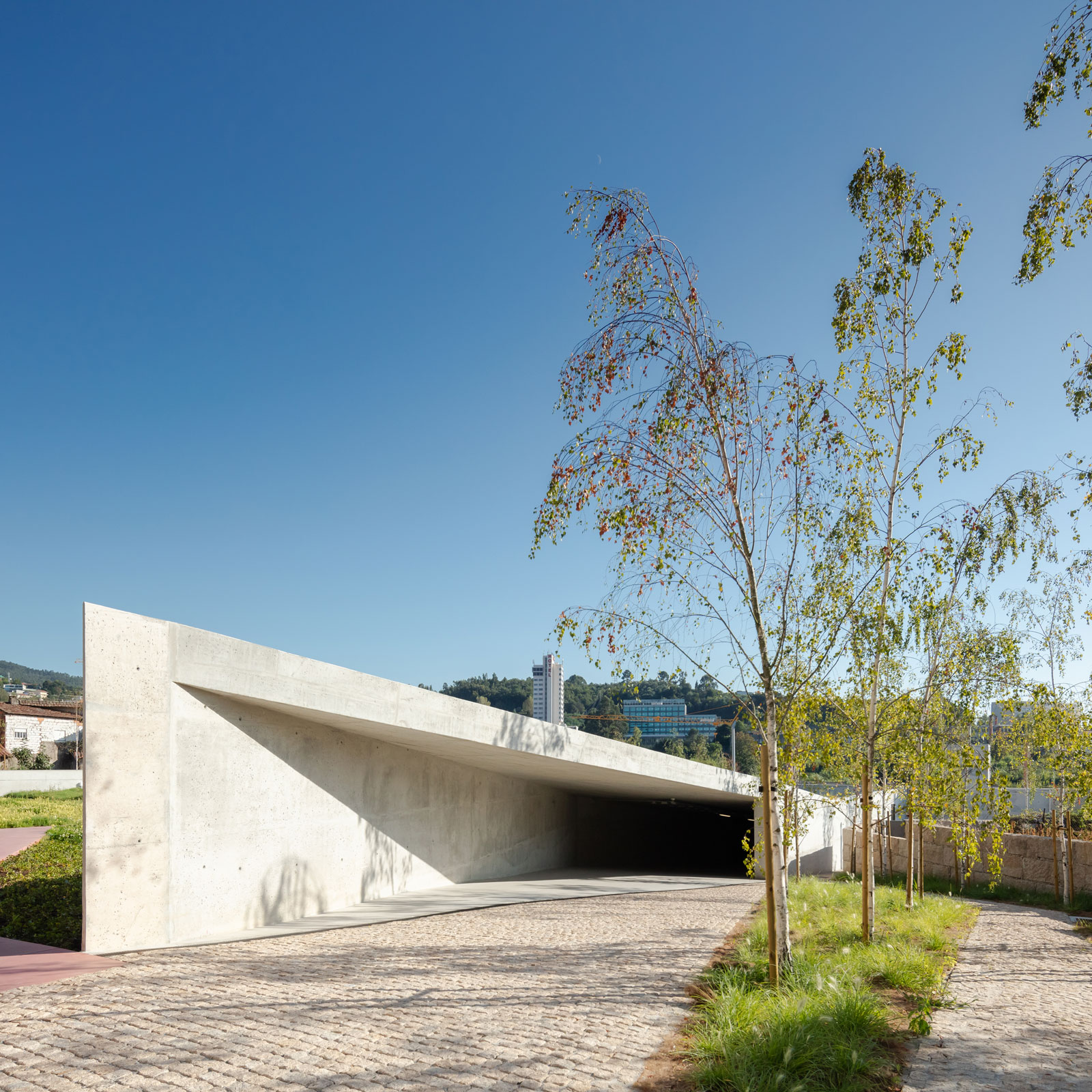 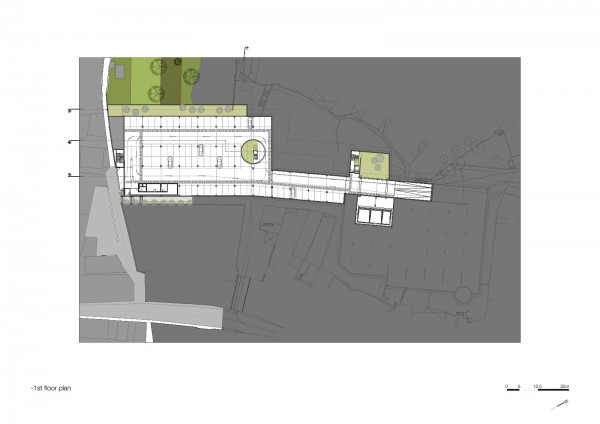 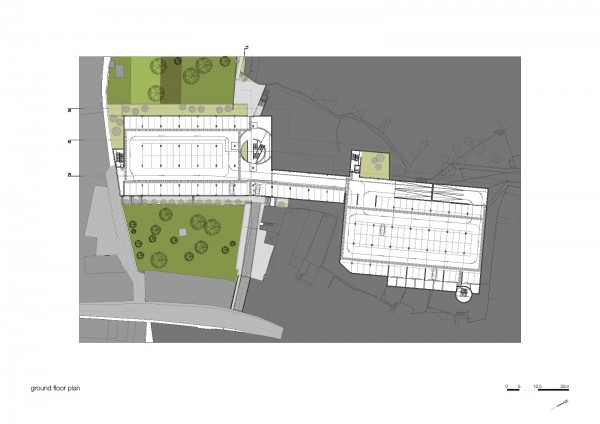 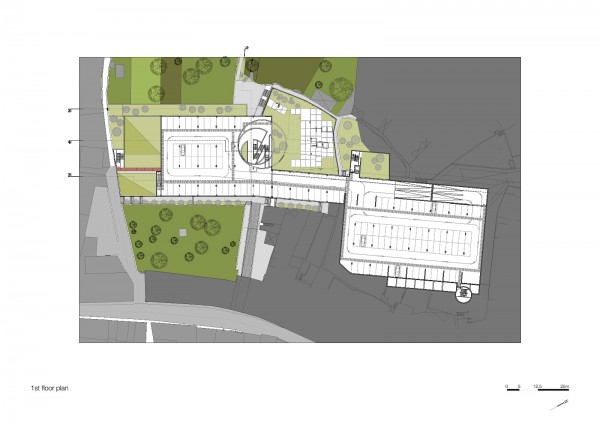 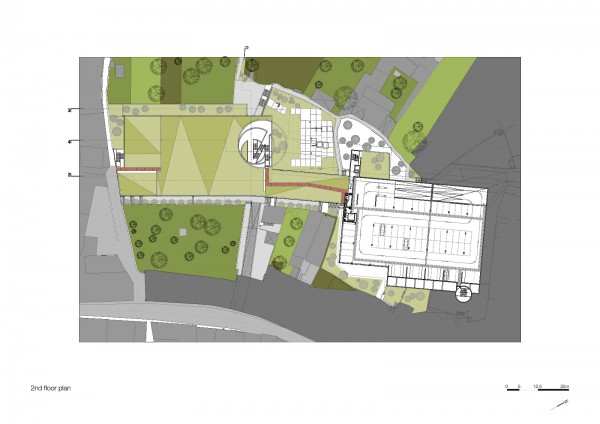 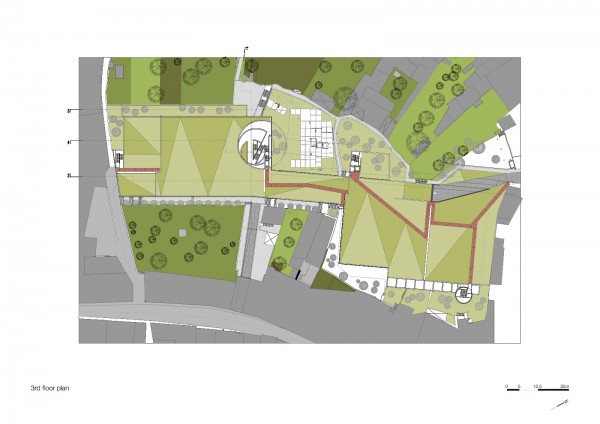 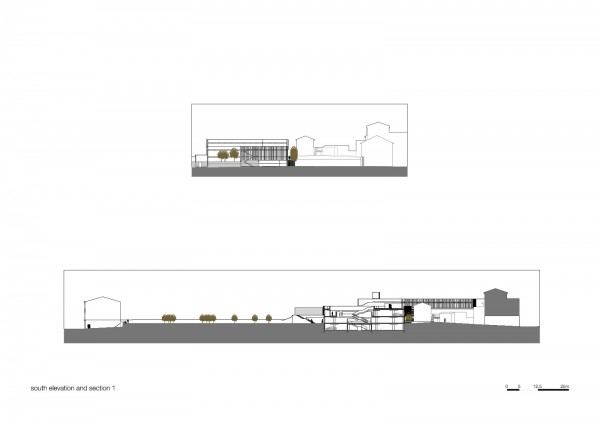 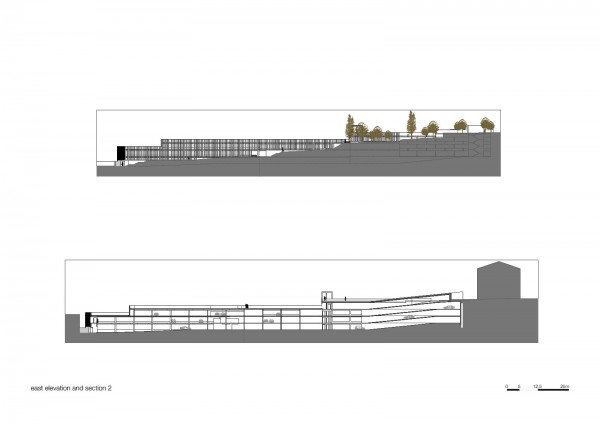 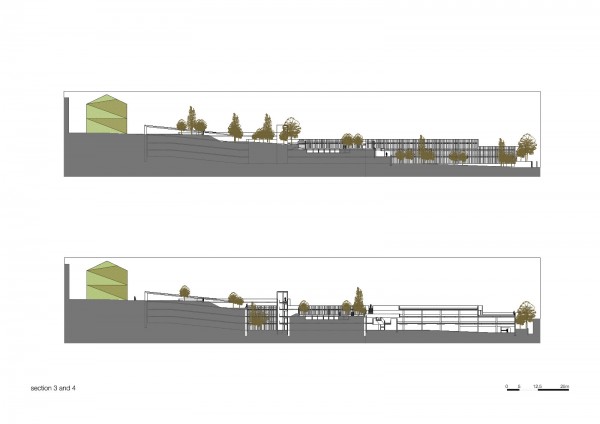